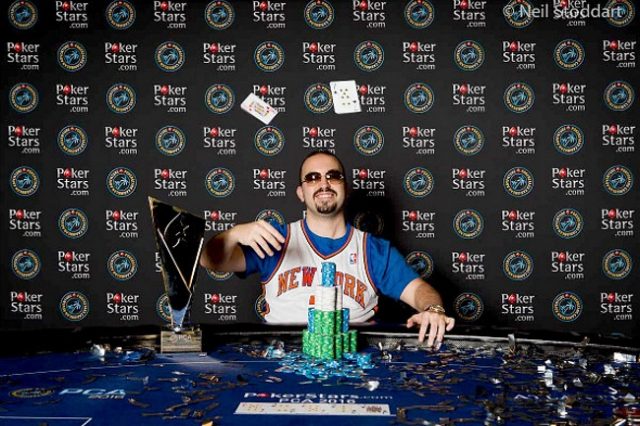 Bryn Kennedy is Poker’s very own moneymaking machine. The man who not too long ago, despite having finished second in the wealthiest game on earth, the £1,050,000 Triton Million – A Helping Hand for Charity, still managed to leave the table with more money than event winner Aaron Zang. Thanks to his massive chip lead, Kennedy walked away £16,890,509 the richer for it. He tops the all-time money listing in Poker and is known as the $55 million dollar man.

But how did it all start for Bryn Kennedy? And did the 32-year old ever in his wildest dreams even dare imagine that he would grow up to be Poker’s top earner? If one thing is for sure, then its that Bryn Kennedy has become something of an enigma; a master of perplexity if you will.

The truth is, you either love Poker’s $55 million dollar man, or you outright can’t stand him.

Read More… WSOP-C Set To Return To Canada In August

No Shame In Being Wealthy

The man not afraid to rock up at an international event sporting monetary wealth in all its glory in the form of a diamond-encrusted dollar sign worn around his neck, is at times obviously annoyed by the attention, and at other times can be seen absolutely loving the lime-light. His wrist watches run in the hundreds of thousands in value, and one would have to only barely stop short of saying, ‘women want him, men want to be him!’ because Poker’s very own acquired taste after a few swigs straight from the bottle eventually goes down like a damn fine wine. Eventually.

He’s a straight arrow in some departments; a dynamite man in others, and you just never know what you’ll get on any given day until it hits you. Even so, think what you will about Bryn Kennedy; he’s a master of his trade and a true devil’s advocate on the felt.

For Kennedy, at least when talking his public Poker life, it all kicked off with a bang in May 2007 when a then 21-year old Bryn Kennedy made a name for himself by having finished 2nd in a field totalling 84 entries in a $1,070 by-in event at the Turning Stone Resort & Casino in Verona. His prize money won thanks to that particular feat? $34,446. Not exactly standard fare for a typical 21-year old at the time.

And that was only the beginning. Fast-forward a few years down the timeline and the same guy who not too long ago challenged Justin Bieber to a school-boy-style fight on social media, is now regarded as the best tournament player in the world.

And he has the earnings to show for it.

Be a WINNER! Play Poker games online and on the go!