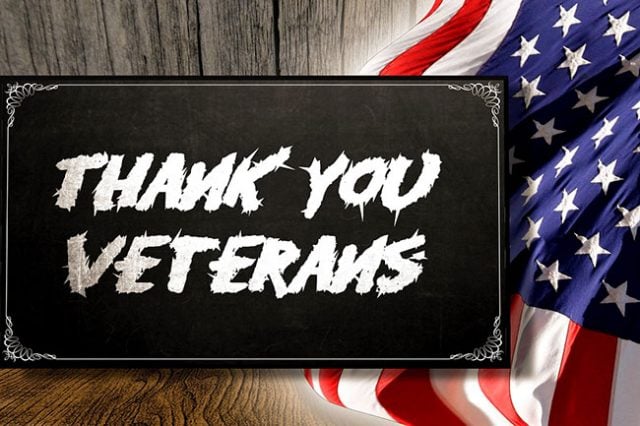 Atlantic City’s Borgata Casino has opted to honor disabled US military veterans by holding an appropriately thrilling fundraiser. The gaming venue recently hosted its Borgata Fall Poker Open (FPO), and also held a special event on the final Sunday of the series to raise money for the local arm of the Disabled American Veterans (DAV) organization.

The Veterans’ Day Deeper Stack game kicked off at 12pm ET on November 11, which is when US citizens traditionally celebrate Veterans Day. The event offered a buy-in of $240 and offered a guarantee of $2,500, $10 from each entry into which would ultimately be donated to DAV Atlantic City Chapter 10.

Among the legendary grinders who attended the heart-warming event were long-time vet supporter and poker pro Dennis Philips, who has racked up more than $6 million in live tournament earnings since entering the scene in 2007.

The fundraiser for vets is just one of many such events that was held as part of the Fall Poker Open. The series was opened in style with the $600 NLHE DeepStack tournament, which offered a $500,000 guarantee to its participants. Also on the cards was the Borgata $450 Pot-Limit Omaha (PLO) Almighty Stack event, guaranteeing cool cash prizes of $300,000.

The first event of its kind had five starting flights taking place throughout Saturday’s action, with the final day landing on Sunday. The Big Blind Ante-format round attracted a field of 512 professionals to start with, and by the final day, this group had been whittled down considerably to only the most skilled of the entrants. The huge PLO tourney kicks off on November 14, and will run until the 17th of the month.

The FPO Championship is also expected to draw a hefty crowd, thanks in part to its mouth-watering guarantee of $1 million for just a $2,700 buy-in. It will kick off with the first of two starting flights on Saturday, November 17, and will end on November 21 with the crowning of one ultimate winner.

Plenty of Action in Store

Over and above these exciting events, a number of other events have also been packed into the line-up this year. A DeepStack NLHE tournament for $400 will be taking place soon, boasting a guarantee of at least $100,000. There will also be seniors’ and survivor NLHE games to enjoy, not to mention an exclusive Double Black Chip Bounty Semi Turbo tourney as well.

As mentioned above, the series will be wrapping up in Atlantic City on November 21, treating players to a $230 Deepest Stack NLHE tournament with a final cash guarantee of $35,000. More updates on the FPO Championship’s results will follow soon!

Play Poker online and see if you can WIN! Enjoy Texas Hold’em, Omaha and a whole lot more.