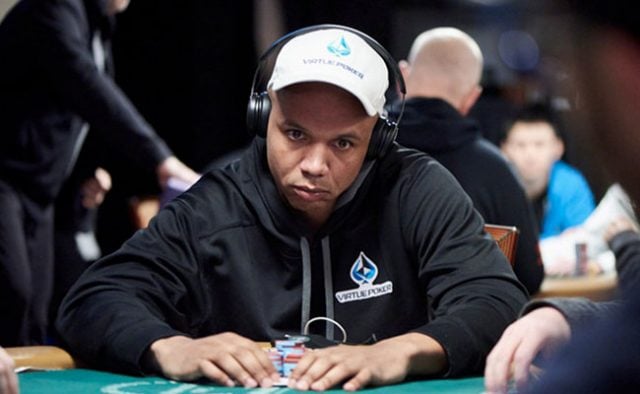 It’s true; some people do manage to escape and run from the reach of the law for a very long time, some even indefinitely. But what’s also true is that disgraced Poker-pro Phil Ivey isn’t one of those people. For the benefit of those not familiar with the background behind the story, Ivey, considered to be the best Poker player of his generation, together with gambling partner Cheung Yin “Kelly” Sun, was found guilty of having scammed Atlantic City’s Borgata Casino out of an estimated $10 million. The unsavory wheeling’s and dealings were performed over the course of 4 days in 2012 and the casino claims that Ivey and his sidekick were guilty of having fooled the casino by abusing a method commonly referred to as “edge sorting” whilst playing on-site Baccarat.

As these things tend to go, the matter eventually ended up before Court so that the necessary adjudication could take place, with the Borgata appealing to the legal system for help in order to retrieve some of the money that Ivey and Sun had, for all practical purposes, stolen from the famous casino group. The Court conceded and promptly proceeded to issue an order authorizing the plaintiffs to go after Ivey’s assets in New Jersey.

The casino’s joy was however short-lived as it was soon discovered that Ivey had but a single bank account registered in his name in his home-state, and that sadly, it was completely empty. The East Coast casino wasn’t deterred by the developments, and proceeded to file a notice of motion with the federal judicial system.  The relief sought entailed special permission in favor of the Borgata so that the search could be expanded so as to include Nevada as well.

What’s With Ivey’s Refusal To Pay?

According to information received from reputable sources, Ivey’s wealth knows no boundaries, and is estimated to be around $100 million; with some claiming that it may very well be even more than that. Furthermore, the suspicion is that most of Ivey’s assets, including actual monetary assets in the way of investments and cash, are located in Nevada.

Recent reports indicate that the Borgata may have in the interim gained the capacity to claim treble damages from Ivey, let alone the legal fees associated with tracking down the man and his assets, especially after it was ordered by a Court of Law that Ivey and Sun had to cough up the ill-begotten dough with immediate effect. Ivey now officially finds himself in the very unfortunate position of not only facing a large-scale attachment of his assets, but may also have to bear the brunt of criminal charges instituted by the Department of Justice itself, as a result of the rogue player now being in contempt of Court.

Where Is Ivey Now?

Ivey only recently returned to the World Series of Poker stage after having run around abroad and grinding it out on the mostly under-ground Asian Poker scene ever since shortly after the incident in 2012. He may be forced to return to where he came from if he continues to try and dodge paying his dues.

Play authentic Poker games online. Join in the fun and see if you can WIN!