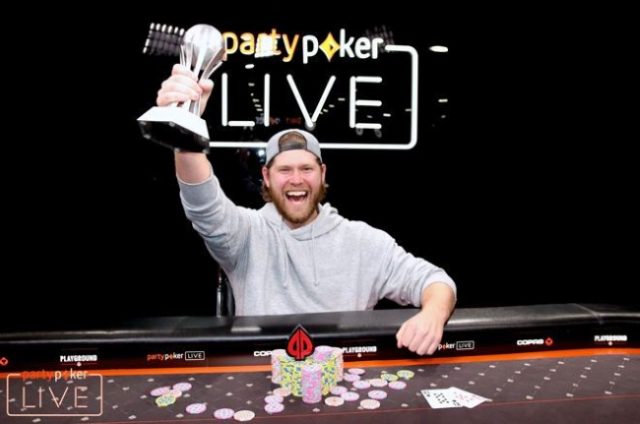 One has to wonder whether Canadian Francois Billard, upon having entered partypoker’s MILLIONS North America tournament, actually thought that he would end up hoisting the trophy of victory on high only days later, having just laid claim to the $1 million guaranteed first prize. The win marks Billard’s third lifetime win and also his biggest career cash-out to date.

The MILLIONS Tour is the operator’s latest stunt at publicity and is a relatively new kid on the block. It certainly wasn’t a bad move on the part of partypoker to include a guaranteed $1 million in the prize kitty, as this has drawn a lot of attention from Canada’s Poker community. It also didn’t hurt that the operator had opted in on partnering up with local Canadian club Playground Poker with its latest initiative. The event involved a $10,300 buy-in price tag and a whopping 521 entries meant that the total prize pool was pushed all the way over the $5 million edge.

The heat was turned up on Day 3, when 66 players pitched up hoping to successfully secure any one of the remaining 63 spots. Big names ended up battling it out for Poker’s gold, and names the likes of Griffen Benger and Marc-Andre Ladouceur were in attendance.

Speaking of Benger and Ladouceur, the pro-players each walked away $25,000 in the money after having finished up in 46th and 39th positions, respectively. Another famous player on the local scene, the affable Mike McDonald, also made his return to the circuit after a bit of an hiatus. McDonald finished up in 22nd place, and walked away with $30,000 firmly tucked into his pocket.

By the close of Day 3, the field had been pruned considerably. Only 16 players remained in the race for the prize. Eventually, when the time arrived for the final two tables to be occupied on the penultimate day of the tournament, it was a Canadian Poker festival like no other because of the sheer number of local players present. Most of the early-in maple leafs however ended up falling out early, and by the time the final table was ready for the setting, two Canadians remained seated at the final table of six players.

Ultimately it would be Billard to stick it out until the very last draw. A river frenzy ended up being the making of him, and his win brings his lifetime tally to just short of USD$3 million.

Are YOU a WINNER? Play Poker online and see if you can take home the pot!