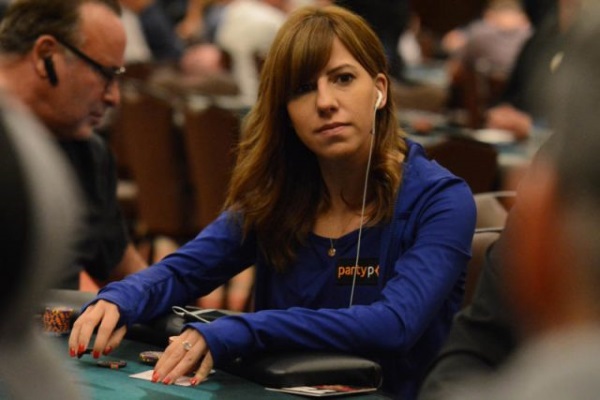 Kristen Bicknell has just pocketed the biggest win of her career to date. The pro-Poker player did so by winning Event #6 of the 2019 Poker Masters; a win that saw her securing a fantastic $408,000 in super 1st place prize money. The $25,000 buy-in event included a No-Limit Hold’em format and was hosted by the Aria’s PokerGO studio. A total field of 51 high-stakes players had gathered around the felt in the hopes of staking a claim to the fantastic prize money but it would ultimately be Bicknell who would go the whole 9 yards.

The high-stakes nature of the event obviously attracted not only big money but also some of the biggest names in Poker today, including Bryon Kaverman, Manig Loeser and Erik Seidel, among others. But it all boiled down to head-to-head play between Kristen Bicknell and opponent and rival Chance Kornuth during the final minutes of play.

Kornuth pulled quite the stunt on two occasions when he went all in and managed to survive both times. But Bicknell would ultimately rise victorious when she pipped Kornuth at his own game by going at it with a chip lead and a pocket of eights that eventually led to a straight on the river.

Despite her glorious finish, it was surprising news all round to learn that Bicknell had not initial plans to enter the competition in the first place. She after the game described her entry has having been one that happened “on a whim”.  Talk about a particularly profitable spur of the moment decision on the part of Kristen Bicknell.

It’s Not Over ‘Till It Is

With that having been said, the series is far from over, with a number of events still to be played. A $25,000 No-Limit Hold’em remains to be played before the week is out, as does a $50,000 event. And then there’s of course the final $100,000 main event that will be played towards the end of the week.

Players travel from all over the country in order to compete in the Poker Masters and it remains a top popular instalment on the annual calendar. High-stakes events are where the pros come to play and when an event attracts the really big names to its felted tables, it becomes a fierce battle that lasts right until the very end and the final card dealt.

And this certainly was exactly what had gone down “that time Bicknell stuck it to Kornuth”.

Play for the WINNING hand. Enjoy online POKER at your leisure.