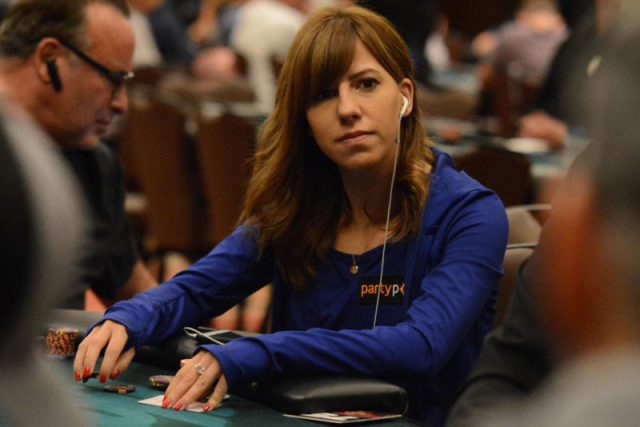 As the new year kicks off, the Global Poker Index (GPI) rankings for the 2018 year have been revealed. Canada’s Kristen Bicknell once again secured a couple of great victories for her country, edging out Mike Leah for the top Canadian space on the list. Ultimately, Bicknell ended the year as the top female player outright.

The pro, who hails from Napean, Ontario, started her live poker career in 2013 when she won the WSOP Ladies event for the largest score of her career at the time. While she had scored other live victories before then, dating as far back as 2006, that WSOP Ladies Event win represented the first notable victory of her career, setting the stage for many more incredible successes.

Going from Strength to Strength

Back in 2016, Bicknell scooped her second career bracelet when she bested a field of 2,157 other players to win the WSOP No Limit Hold’em Bounty (Event #46). However, it was last year when she truly began to shine, scoring the top place in the HK$ 80,000 No Limit Hold’em – APPT National High Roller (Event #2) from Asia Pacific Poker Tour (APPT) Macau for US$279,549. She also managed a whopping 28 cashes in 2018, raking in more than $1 million in live earnings during the 12 months in review.

Poker is Bicknell’s primary competitive outlet nowadays, but she was never a stranger to competitive environments. While growing up, she could often be found at her father’s side as he constructed and raced dirt-track cars, and Kristen herself also spent many years in the competitive go-kart circuit. She almost always raced against male peers, which aided her nicely in her future poker career – an industry that’s often dominated by men.

The player first made a name for herself in the card gaming world while playing online, eventually being named a PokerStars Supernova Elite back in 2011. She held onto the title until the program became obsolete in 2013, but she has since maintained her presence at online tables by representing partypoker as a Team Partypoker Ambassador.

Just before Christmas came around last year, she also demonstrated that she could still play online as well as on the live felt when she won the partypoker Super Sunday High Roller, scooping over $50,000 for the victory.

Her astounding point total of 2,860.24 in 2018 meant that she barely missed making the top 25 poker pros in the world, coming in at #26 instead. With all of the players above her on the list being male, however, she easily scored the prize of 2018 Female Player of the Year. Now, Kristen’s many fans in Canada and beyond are excited to see the new heights their favourite player can reach in 2019!

Want to try your hand at Poker? Sign up at one of Canada’s TOP sites online!