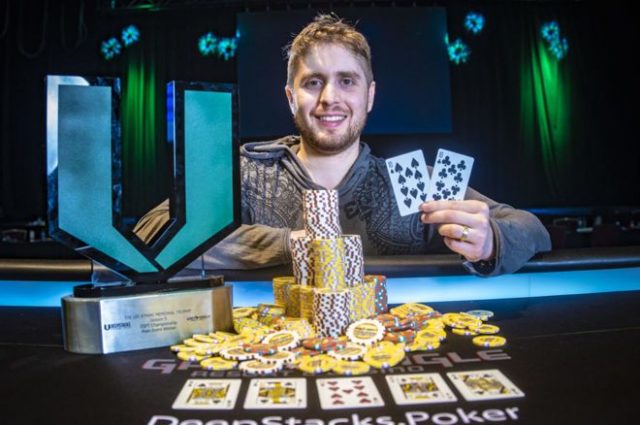 Quit while you’re ahead. Some people consider this to be sound advice; others think it’s the way of the coward. Whatever anyone’s opinion on the matter, online Poker pro Ben Wilinofsky has decided to go out on top. Wilinofsky on Monday won his very first WPTSD (World Poker Tour DeepStacks) main event and got to get up and go with USD$168,634 in prize money.

Seems like the ultimate incentive to keep on trying to make a career out of it but according to Wilinofsky, it’s time for him to stop chasing the dream. According to the player, Poker has always been more about travelling and seeing people. And when he found himself in the position to play some cards and make money, it was always an added bonus, because this enabled him to travel more. Which means that it should not be too difficult to give up the grind and go about his daily business without playing a hand or two.

Or will it? Wilinofsky boldly proclaims that the next two years won’t include any Poker tournaments. But time will reveal all. The recent windfall was, after all, his biggest win since 2011. And these things tend to whet the appetite for more.

Scared Into A Sabbatical

All in all, it may have been the fact that Wilinofsky came very close to losing every last penny of his money and his winnings at the table. He recalls how it had been easy sailing for the most part and that he had a distinct feeling of being on something akin to cruise control. And then, suddenly it happened: the all-too-familiar downward spiral.

Fate has spoken, thought Wilinofsky, and her words have not been kind. Thankfully, the scare soon passed and the player was able to claw his way back to the top. The pro puts it down to having been too quick on the draw and not thinking things through. Fortunately, somewhere during the course of the game, he must have realised his mistake, enabling him to take it down a notch.

The Lucky Pot Decides Who Wins

In the end, a lucky pot decided on the men’s fates. Wilinofsky said after the time that it had been a blessing in disguise that a lucky pot had been the final bang, because if it had been a grind until the end, things may have gone in a different direction altogether.