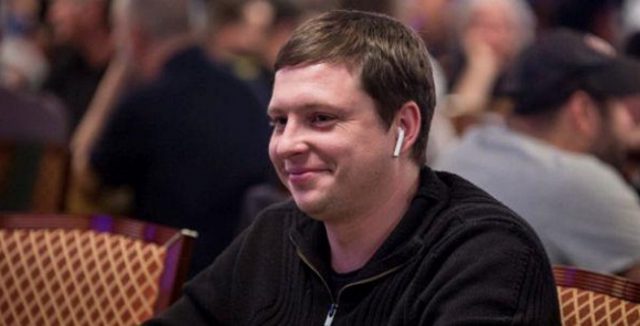 The fruit of the vine can be a many-wicked thing. Especially when indulged in in greedy fashion. Just ask WSOP Poker-pro Georgii Belianin. The Russian recently made Poker news headlines when he was disqualified from the WSOP 2019 $10,000 buy-in main event at the Rio in Las Vegas. Being disqualified from a WSOP event isn’t at all commonplace and is something that is very much frowned upon by the professional Poker community.

According to onlookers as well as information released by the WSOP, Belianin had reached over to a player seated next to him at the table and had taken the player’s Poker chips. This isn’t allowed at all and so the Russian was requested to leave the table and the tournament. He has subsequently, after again attempting to re-enter the Rio, been banned from all premises belonging to Caesars Entertainment.

Belianin Had Been Drunk

But according to fellow player Tom Peterson, who was also seated next to Belianin at the time of the incident with the chips, the Russian was at the time very and obviously drunk. Peterson, who had previously owned a bar for all of 17 years, said that he knew the smell of alcohol and of someone who had had a few too many, and that Belianin was without a doubt drunk.

Peterson said that to him the incident had been quite unbelievable to the point that he had thought that it may have been a joke. But he also recalls that Belianin had been quite upset on the night, pleading for help and not to be removed from the venue.

He also forfeited his $10,000 buy-in thanks to his shenanigans on the night.

Poker Is His Livelihood

The Russian, who doesn’t speak a whole lot of English, has since reached out to PokerNews to assist him with the drafting of a proper apology to the WSOP as well as the global Poker community. In his statement and apology, Belianin explained that he was at the time of the event going through a very painful event and many difficulties in his private life. He said that despite his taking full responsibility for his actions, he wanted to provide an explanation for his peculiar actions and admitted to having been drunk to the point that he actually could not remember everything that he had gotten up to at the table.

Belianin also reached out to the WSOP in his statement and pleaded for a second chance in order to continue to participate in events, saying that he realised that had made a big mistake, but that Poker was his life and his means to a livelihood.