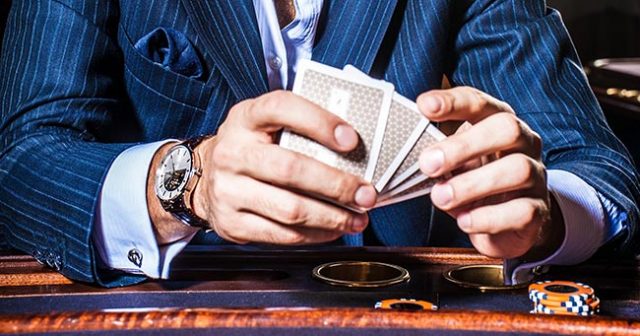 On April 15, 2011, the chances of being a professional online poker player in the US were essentially altogether extinct. Thousands of players who earned the bulk of their living online were suddenly forced to consider either playing on the black market, moving to another country, switching to live tournaments, or giving up the game and finding a more traditional job.

The infamous exodus saw pro players move to Canada and Mexico in their hordes, often travelling back to the US to visit their families during weekends. Some pro players even opted to move to faraway (and to largely unregulated) territories like Malta, Argentina and Lebanon, simply so that they could continue to play.

However, seven years’ passing has made it easier to be an online pro in the US once more. The even better news is that it is seemingly about to get easier thanks to some favorable legal changes in the local gambling terrain.

Early on Tuesday, April 30, 2013, Ultimate Poker dealt the first legal online hand in America since Black Friday took place. By November of that year, New Jersey and Delaware had both drafted their own laws on the industry, and the card game was seemingly geared up to grace the nation once more. Alas, Delaware’s laws supplied no incentive for licensed casinos to promote the pastime, while other states also failed to gain enough legislative votes to pass their bills.

New Jersey soon became the only state with enough people in it to support a buzzing community of players. By March of 2016, the state had even seen the local launch of PokerStars after it finally managed to secure regulatory approval and a willing operator to partner with. Fierce competition between WSOP, PokerStars, 888, partypoker and Borgata helped to keep the industry alive, making it the only market in which pro punters could still make a living from their game of choice.

Pennsylvania to Join the Pool

Most recently, however, news outlets are abuzz with speculations about when the Pennsylvanian industry will finally make its debut. PokerStars has confirmed that it planned to launch in the state early in 2019, and the state’s Gaming Control Board has also been working hard to deal with the masses of applications it has received for its newly legalized iGaming landscape.

PokerStars, 888, partypoker and WSOP are all preparing for an early Pennsylvanian launch as well, with the best news being that the state’s law allow for interstate compacts. With a population of 12.8 million, the US’s state-regulated market is set to double in size thanks to Pennsylvania’s entry – and while shared liquidity may take longer to achieve, the state’s players will also end up as part of the larger shared pool along with New Jersey, giving them plenty of chances to earn a living from their number-one passion.