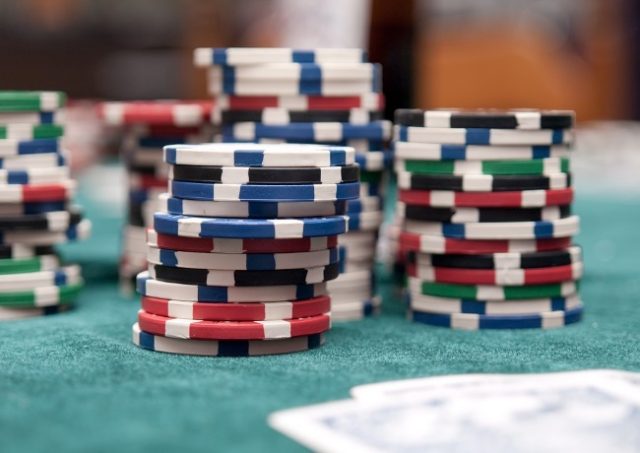 All Poker hats off to Andrew Barham. Barham recently became the latest player to win a Platinum Pass by having pipped his opponent to the post in Moneymaker’s Road to PSPC 2020. Barham did his magic in Piccadilly London at the Le Meridian, and in addition to the fantastic pass, also got to pocket a cool £7,501 in prize money as a reward for his commendable effort.

Really exciting too for everyone present, and no doubt especially so for Andrew Barham, was that by the time a situation of head-to-head final two play had been reached with runner-up competitor Justin Bateson, it was none other than Chris Moneymaker himself making an appearance to offer congratulations to the final two for having made it so far.

Another sweet treat was the fact that the person to deal the final Poker hand was the very same Moneymaker too. We say final hand because a single hand of cards was ultimately all that was required of Barham to stick it good and proper to his opponent.

Barham’s kings did their bit by triumphing over his opponent’s pair and the rest as they say, is Moneymaker Platinum Pass history. Barham is now happily booked on the train headed towards next year August and the ultimate reward of the day, the much-coveted Platinum Pass that secures him a seat at PSPC 2020.

Barham spoke excitedly after the win of how his day had not at all started as planned. The initial plan was to prepare and then get enough sleep in order to arrive in top form. But it did not work out quite that way, because according to the Platinum Pass winner, he woke up at 4 a.m. on the day of the Poker event and could not get back to sleep, however desperately he tried to.

Barham is a pleasant and obviously humble fellow and said that part of the excitement about playing Poker; to him at least; was to play against the big guns. He said that this was by no means a cheap endeavour, but that this was where the fun and the satisfaction was locked up for him personally. He also thanked Moneymaker for having offered solid advice in the lead-up to the final table. The aim, said Barham, was to play small and keep the pressure constantly on.

It worked a charm, said Barham, and it all seemed like to culminate in the conclusion of a wonderful dream when eventually Moneymaker was the very one to have dealt him his winning kings.

Could YOU have the winning hand? Play Poker online and put your skills to the test!