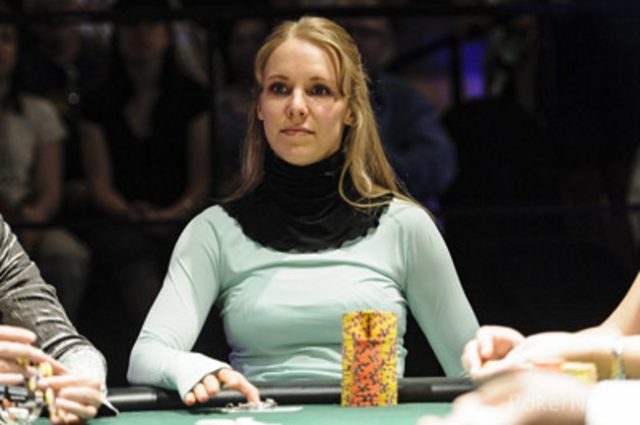 World Series of Poker (WSOP) champion Amanda Baker isn’t someone who necessarily enjoys the limelight. In fact, Baker prefers to fly under the radar. This doesn’t mean that she doesn’t put up a regular stellar performance against her opponents at the final tables. Predominantly a cash player, something that is almost unheard of nowadays, Baker has managed to shuffle her way to 2 final tables in the WSOP Ladies Championships over the course of the last 9 years. Six cashes and $500,000 in live tournament earnings completes the picture.

Baker, in a recent interview following her having finished up in 47th position at this year’s WSOP Ladies Championship revealed some of what it took to be a cash player, the journey so far, and dealing with a monster called sexism in professional Poker circles.

Money Makes The World Go Round

Baker recalls how when she had first started out playing Poker professionally, it had mostly been about the title; in other words, the fame and the acclaim. Nowadays, however, with money a scarcer commodity and harder to come by than ever before, its more about the financial gain. Baker jokingly quips that money is unfortunately good and necessary in order to pay the rent.

Baker says that money used to come easier in the beginning but that nowadays it’s a very different story. Despite the title still being significant to her, money is the actual thing now driving her to be the best possible Poker player that she can be.

Her most significant cash win happened in 2016 when she managed to finish in the runner-up position of the $1,000 Ladies No-Limit Hold’em Championship. Her winnings for that particular feat came to $92,121. Her second biggest win happened 9 years earlier, when she had also won her very first WSOP gold ring. During that time she had walked away with $88, 368 in prize money.

Why Men Should Remedy Sexism

Baker’s preference to avoid men’s tournaments has more to do with being annoyed by sexist remarks than anything else. She admits freely to feel worn down following a game with the boys. According to Baker, the situation isn’t really one of overt sexist remarks being made, but rather one of many smaller, but still significant, misogynistic jabs in her direction. She says that this type of behaviour really just wears her down.

Baker’s advice on remedying the situation is that mindful men who witness other men making themselves guilty of this type of behaviour should berate those guilty of offending women in this manner, instead of women trying to stave off the continuous covert remarks.

Get the BEST Poker action online. Play for the pot anytime, anywhere!