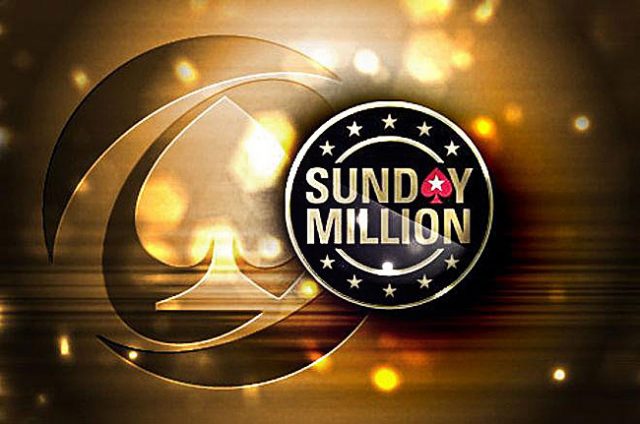 On January 27, PokerStars ran its slashed-price Sunday Million for the first time after the iconic poker website permanently reduced the event’s buy-ins from $215 to $109. Any concerns about the tourney’s $1 million guarantee not being reached were soon squashed after over 15,000 players logged on to create a record prize pool of $1,555,000.

Everyone at the final virtual table of the most recent Sunday Million was guaranteed a five-figure win for their efforts, if not more. Russia’s ‘Expert Tver’ was the final table’s first player to go, claiming $10,529 for a ninth place score. The Russian was soon joined by Slovakia’s ‘rizseshus’ and Lithuania’s ‘simbadac’, who went home with $14,509 and $19,993, respectively.

With more than $37,000’s difference between second and first place, the final two punters in the running decided to try and strike a deal to shorten their payouts. Unfortunately, ‘555AU’ and ‘kmarao-Vix’ didn’t manage to come to an agreement, so when the latter busted in second place, they claimed $99,334. Ukraine’s ‘555AU’ walked away with the grand prize of $136,892.

As for the Sunday Warm-Up on the same day, Team PokerStars pro player Lex “L.Veldhuis” Veldhuis managed to best a field of 1,068 rivals to claim the first place jackpot of $34,690. The Dutch native found himself in a heads up battle against the UK’s formidable Jonathan ‘Proudflop’ Proudfoot, but he quickly beat the Brit with a few crafty moves and left him with a $24,942 consolation prize.

January 27 was an eventful day in the online poker world, with the $1 million partypoker Big Game also coinciding with PokerStars’ events. 211 players in total created an impressive guarantee, not to mention a first place jackpot worth more than $215,000 for one lucky pro.

‘HeavensEdge22’ of Mexico reached the eight-person final table, but was the first to hit the rail with a prize of $24,265 for his efforts. Next to join him was Bulgaria’s ‘bgigra4’ with $32,705 in winnings. Partypoker LIVE president John ‘John_Duthie’ Duthie left the final table in sixth place for $44,310, while his fellow professional Patrick ‘Patrick_Leonard’ Leonard fell in fourth for $82,290.

The event’s top three finishers all went home with scores of six figures at the end. ‘Orpenkk’ of the UK managed to scoop $111,302 for their third place finish, bested by ‘Iqq1974’ in second place with $156,140. Last but not least was Britain’s own ‘edgybrah’, who claimed an impressive win worth $215,114 for winning the partypoker Big Game outright!

Could YOU win a million? Play Poker online and find out!