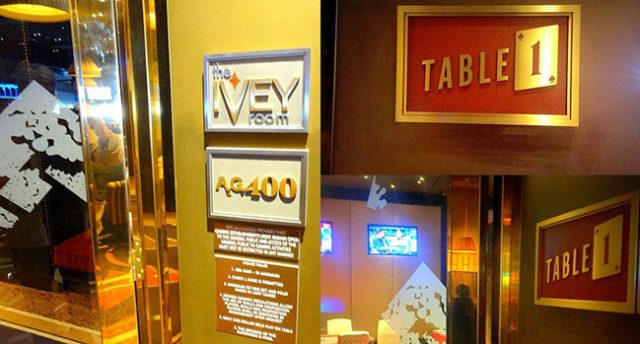 Phil Ivey’s glory days are over. Once the golden boy of high-stakes Poker, Ivey has managed to disgrace his good name; and possibly his good fortune too; by having committed the unforgivable sin in the casino world: stealing from the house. By now, many are familiar with the wrongdoings that gave rise to the legal action by the Borgata against Ivey and co-conspirator Cheung Yin “Kelly” Sun. And when considering that Ivey and co. had scammed the casino out of more than $10 million with their edge-sorting dirty trickery, one starts to appreciate why the Borgata is, to put it mildly, slightly peeved off.

More recently, to add insult to injury, Ivey’s name was inconspicuously removed from the high-stakes section of the Poker room at the Strip’s Aria casino. Whether it’s a show of solidarity with the Borgata, or merely as a result of the fact that Ivey no longer holds any real regard or respect in the Poker community, isn’t certain. But choosing a preferable scenario would be equal to having to between pick the lesser of two evils.

Both scenarios are equally humiliating.

Regular visitors to the Aria are now speculating whether the removal of Ivey’s name is purely a matter of re-branding. The new name on the plaque on the door? Table 1. A re-brand? We’re thinking probably not.

The Aria did the deed a mere two weeks after the Borgata had been granted permission to expand its search for Ivey’s assets, so as to hopefully have the opportunity to recuperate some of its losses. Despite the fact that the 2016 judgement against Ivey and Sun is currently being appealed, the judgement will stand until such time as it is officially set aside. The race for Ivey’s assets is on; it’s just a matter of whom the first party will be to reach the executable bounty.

It’s All The Same To The Aria

The renaming may, on the other hand, have little or nothing to do with any attempt at making a public statement of disassociation on the part of the Aria. The high-stakes room has, after all, managed to survive a strong bout of very bad PR in the years between the judgement against Ivey having been passed, and presently.

It could very well be a show of apathy; that the Aria no longer cares about any association with Ivey. Anything, after all, is more honorably symbolic to Poker than is Phil Ivey; even good old Table 1.