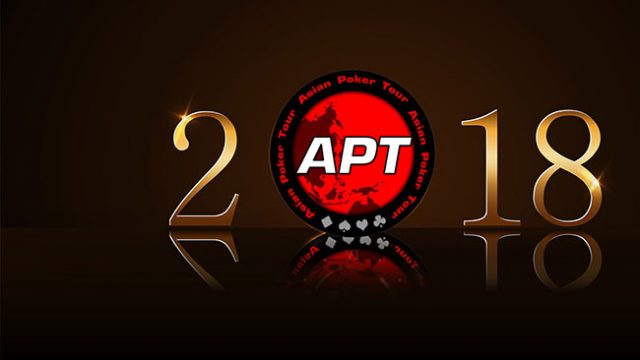 The Asian Poker Tour is headed for Japan! Next year, for the first time ever, the iconic Asian gaming tournament will be held in Tokyo, and is scheduled to play out over the course of two weekends, starting on February 1, 2019 and ending on February 11, 2019.

The classic series will also be running a little differently to most other poker tourneys on the circuit next year, and will surprisingly not be rewarding its winners with cash for their efforts.

APT Tokyo will encompass eight action-packed events, all of which will take place at the Casino Stadium Tokyo. In place of cash prizes, winners will be gifted with entry packages into the APT Philippines, which will take place later in the year between April and May. The series will also take place in conjunction with Japan’s Golden Week celebrations.

Big Prize Entries Up for Grabs

Winners of any of the other events set to take place during APT Tokyo will be granted entry into a mix of tourneys that includes the APT Philippines Main Event and a handful of thrilling side events, too.

The Asian Poker Tour recently completed its latest appearance in nearby Vietnam. A total of 11 tournaments were held in Da Nang from October 5 to October 11, including a main event with a whopping guarantee of $257,256. This main event was eventually taken down by pro player Tetsuya Tsuchikawa, who pocketed more than $70,000 for his sterling finish.

Now, the APT Tokyo is rapidly approaching in its wake, with the schedule now having been finalized as well. The action will kick off with the 30-minute Event 1 Kickoff for JPY10,000, followed by the Main Event Day 1A for JPY30,000 the following day on February 2.

The APT Tokyo 2019 event will wrap up with No Limit Hold’em game 3 on February 11 at 13:00, ending what will likely be an incredible display of poker skill with a bang. Be sure to add the upcoming APT edition to your calendar so as not to miss the ensuing action!

Get in on the action online! Play Poker to WIN.