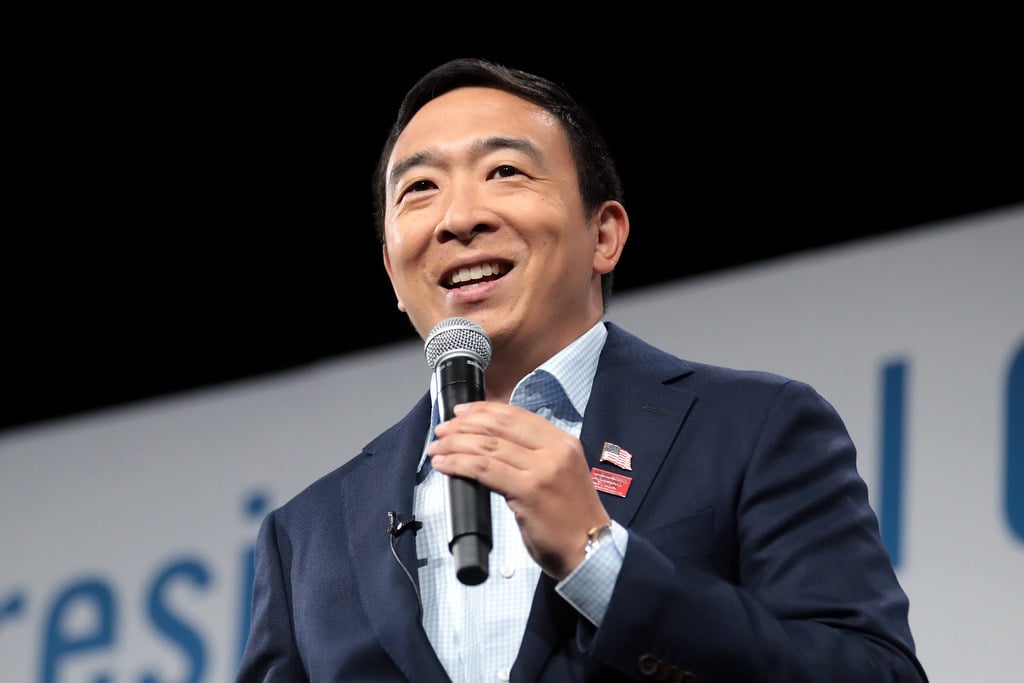 To say that the withdrawal of Andrew Yang from the US presidential race is a real blow to the online Poker community is a gross understatement. Yang, the only candidate in the current presidential candidacy run vocally in favour of the legalisation of online Poker, has withdrawn due to dismal results in the primaries in New Hampshire. But its not as if Yang has at all managed to rally the troops inside the Democratic Party. In fact, his main stream of support has always been rooted in online sources instead.

But Yang’s public support of legalised online Poker isn’t his only cause. He also stands firmly for the implementation of a universal income. These and other curious policy notions and ideas have attracted a loyal slew of followers and supporters.

Yang did not appear to have been too phased by the poor backing results at the time of his withdrawal announcement. Its obvious that presidential candidacy signifies to Yang the opportunity to really make a real-world difference. He said that whilst realising that there remained a great deal of work that still needed doing, and what with him being a maths-man, he deemed the primaries results to be clearly indicative of the fact that he simply wasn’t going to “win this race”.

But that’s not to say that Yang is now officially sans support. Members of the Poker community has since the announcement taken to social media in their drones in order to say their piece on Yang and his campaign. Canadian pro-player Daniel Negreanu shortly after the withdrawal confirmation took to Twitter and expressed his ongoing admiration of Yang and of a campaign Kid Poker deems far from over and only the beginning of Yang’s “impact on the country”.

Negreanu also confirmed that an event that initially intended to raise money in support of Yang’s campaign will despite the candidate’s withdrawal, go ahead as planned. Its not yet certain what the money raised at the upcoming event will be used for, if not for Yang’s now-cancelled campaign.

Yang believes that the current situation of online Poker being legal in 4 US states only should be changed soon. The current set of state-by-state rules only ever serve to push players into the realm of off-shore online Poker sites. Yang is a firm supporter of “bringing the taxable business back home” and believes that this money could be put to good use for the purpose of combating gambling addiction in the country.

Find YOUR favourite game of Poker online! Sign up and play to WIN.