Aleeyah Jadavji Gets Her Platinum Pass 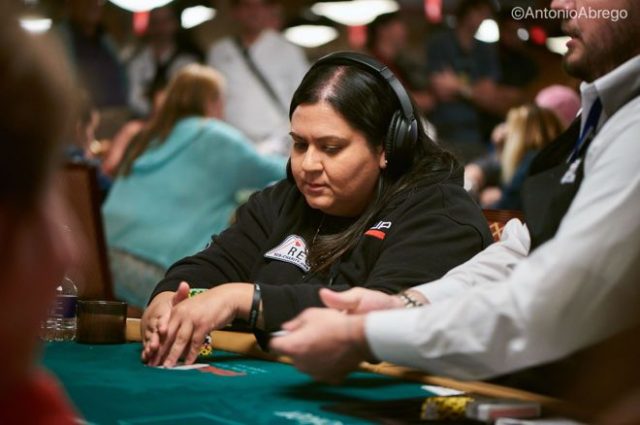 She’s not just instrumental in making things run smoothly from behind the scenes at PokerStars, but she’s also an enthusiastic and capable Poker player herself. And now, she’s won a coveted a Platinum Pass, an opportunity well-deserved by one of those rare individuals who spend more time ensuring that a game that they themselves love to play, are enjoyable to others, than what they do playing the game themselves.

We’re referring of course to Aleeyah Jadavji, who, according to social media users, is an individual well-deserving of the honour as well as of the opportunity, and is a worthy representative of the game and of the industry.

Doing It For Charity

Jadavji learnt how to play Poker when she was only 16 years old. By now a well-oiled hand at the game, she has moved on from playing cards for the love of the game in underground clubs in Toronto, to live Poker reporting and media coverage. She has been playing an active role in live Poker media coverage and commentating for the last two years, and has served PokerNews, the WSOP, the WPT, WPTDS, and also Run It Up.

Jadavji is part of a five-member line-up and has expressed absolute shock as well as delight at having been selected alongside legendary Poker players Kevin Mathers, Lance Bradley, Nick Jones, and Robbie Strazynski.

Jadavji has said that 5% of her winnings will be donated to REG Charity, as well as another portion to a yet to be decided charity working for the good of the mental health industry.

Jadavji has had an exciting, but challenging, year. And this is putting it mildly. The Canadian Poker lover and player not only initiated a Twitch Poker charity drive that raised $25,000, which was then matched by Dan Smith’s DoubleUpDrive, but she also achieved a personal goal by losing almost 60 pounds in body weight.

It comes as no surprise that she achieved this as part of Jaime Staples’ #UltimateSweat initiative, which involves (you guessed it!) prop bets. It was the #UltimateSweat Challenge that involved winning a Platinum Pass and of course, this was right up our girl’s alley.

Her mission involved daily social media updates reporting on her progress as well as the entire weight loss process. Her commitment paid off; she has now shed more than 100 pounds over the course of only 12 months.

Not to mention the chance of battling it out with some of Poker’s best.

Keen to play Poker online? Sign up and get WINNING!