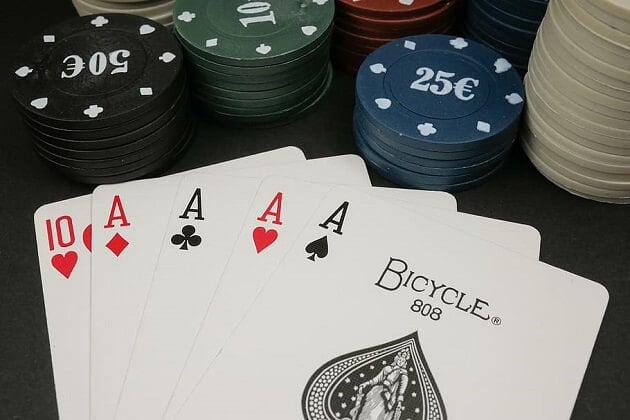 By the time the event had reached final-table status, nine players remained in the running for the big money. The action got off to a bullet start, with the first elimination happening as soon as the first hand. First out would be Russia’s Anatoly Filatovite after Seth Davies’ pocket aces called his pocket queens.

But Davies himself would soon find himself out of the final running also. He during the very next round lost his hand against that of the eventual winner, banking $72,508 for his eighth-place finish. A queen on the flop coupled with an ace-queen from Adams was what would ultimately end Davies’ journey.

Following Davies out the door was Croatia’s Laurynas Levinskas, whose ace-king got stumped by Fabrice Touil’s pocket queens. After betting all in from the button, which bet prompted Adams to fold out, Levinskas kept on pushing through with the action, but ultimately got no further than his final 7th finishing place for $89,444. And following Levinskas, almost as if by design, it would be Brazilian Fabrice Touil gone from the table next. Touil’s $110,335 did at least see the player bagging his first 6-figure payday.

By the time the second scheduled break was done, no time was wasted before the ousting of Croatia’s Alex Papazian in fifth place, leaving only four players to the battle.

Next out would be Russia’s Artur Martirosian, whose ace-queen saw him busted out for fourth place with $167,896 in winnings. Ending his run would be fellow Russian MAMOH_T’s pocket queens. But again, as if by fate, the victor would become the fallen soon after when MAMOH_T’s king-trey fell short of Adams’ straight on the turn, seeing him out for $201,111 in third place.

Heads-up play got underway with Adams holding a gigantic chip-lead over Arends. Arends’ final four-bet shoving for 7,166,104 ultimately fell short of intimidating Adams out of a call, and with the board offering no help to Arends, it would be Adams emerging the latest GGPoker Super MILLION$ champion.