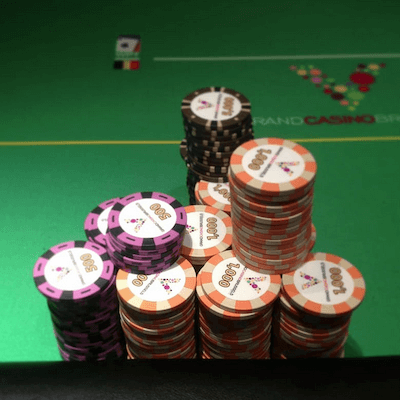 While live Poker in the US was on top form during 2021, the game fared less well in Europe, where events and tournaments were postponed or cancelled, and players abandoned their chip stacks. The situation has led several high-profile players and other stakeholders to try find a way forward.

Live Poker In The US

Poker players in the US enjoyed many opportunities to play the game this year. The World Series of Poker (WSOP) went ahead without any major disruptions. WSOP also was unmarred by an increase or outbreak in Covid-19 cases. World Poker Tour (WPT) events and the Mid-States Poker Tour season also enjoyed great success without being disrupted by the ongoing pandemic.

Rather than leaving things to chance, Caesars Entertainment implemented a vaccinated-players-only policy. The gaming operator used the Clear App system to verify the status of all WSOP tournament participants

The live Poker situation in Europe this year was less encouraging. One of the reasons for this was the region’s tougher regulations made it more difficult for organisers to organise events and tournaments.

In the UK, the situation improved somewhat after regulations were relaxed. The Grosvenor UK Poker Tour had a stop approximately every two weeks. Ireland also saw marginal improvement during a brief window period in which several events were held. The biggest of the Irish events was the Unibet International Poker Open.

Players were also able to play at events in Cyprus, Rozvadov, and Tallinn. France also saw the Unibet DeepStack Open make most of its planned stops. Returning to the UK, Pokerstars had a stop at London’s Hippodrome Casino.

However, when it came to the European Poker Tour, the event had to postpone its return to Prague, Czech Republic, which was planned to take place in December. The situation in Europe looks set to continue indefinitely, due to the rapid spread of the Omicron variant of Covid-19.

One of the issues that arose this year was what to do about the chip stacks that players abandon after they test positive for Covid during a tournament. WSOP adopted a policy of immediate disqualification. Daniel Zack was one of the WSOP who voluntarily abandoned his stack after developing Covid symptoms.

Some commentators have called into question the fairness of this policy, as those players surely would be entitled to have their stack blind out. Others have suggested that event organisers find a way to protect the equity of Covid-positive players.

Star player Justin Bonomo tweeted that event organisers should work together to create an effective solution. One such solution could be a formula that allows those players to get their all or some of their money back from the prize pool.

In response to Bonomo’s tweet, tournament director Sean McCormack said he would be willing to work with players to find a workable solution.