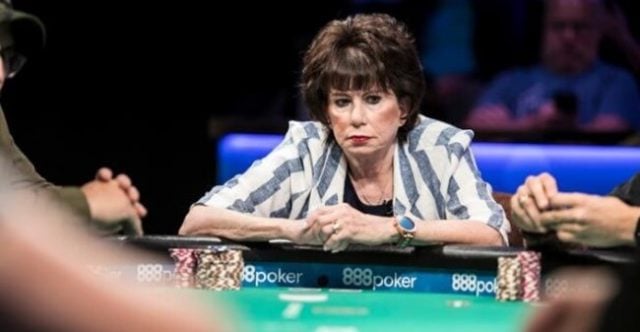 The 2019 World Series of Poker has crowned its very first female champion and event-winner. Veteran player Sue Faber (71) not only won her first career bracelet by having been the last player to leave the Event #71 $500 No-Limit Hold’em final table, but also bagged stellar prize money totalling $121,161. But perhaps best of all is the money raised by the event for the benefit and aid of various service and veteran organisations. The special NLHE event raised $43,000 for the benefit of service veteran men and women.

The consensus all round was that Faber deserved to win as she had enjoyed a chip advantage for much of the duration of the event. She ultimately ended up absolutely crushing the final table en route to the special title and her very first career bracelet.

Another highlight of the 2019 WSOP was 888 Poker Ambassador Vivian Saliba’s 4th place finish in Event #64. The event happened to have been sponsored by 888 and so to have one of the operator’s own finish in a top position was a special occasion indeed.

Rick Alvarado is the man who ended up claiming the final table as his own. Apart from the special bragging rights associated with winning a main event capable of attracting well in excess of 10,000 players, Alvarado’s special brand of tenacious magic also enabled him to leave with $882,672 firmly tucked into his back pocket. The 30-year old Alvarado is a native Californian.

Event #66 was a special one for the 46-year old David “ODB” Baker. Not only did Baker win the event and $161,139 to boot, but the player also managed to secure his second career bracelet. Baker won his first bracelet seven years ago. Despite the slight decline experienced by Limit Hold’em over the course of the past 15 or somewhat years, the event still managed to attract a player field totalling 541 entries. Baker in March performed an even more impressive trick when he won more than a million by having outsmarted everybody else in the WPT L.A. Poker Classic.

Event #67 belonged to Australian and former stand-up comedian Robert Campbell. No stranger by now the world of competitive Poker, the Melbourne native won his second career bracelet for 2019! The first was awarded to him thanks to his having earlier this year won the $1,500 buy-in Event #33.