The Wonderful World of Video Poker 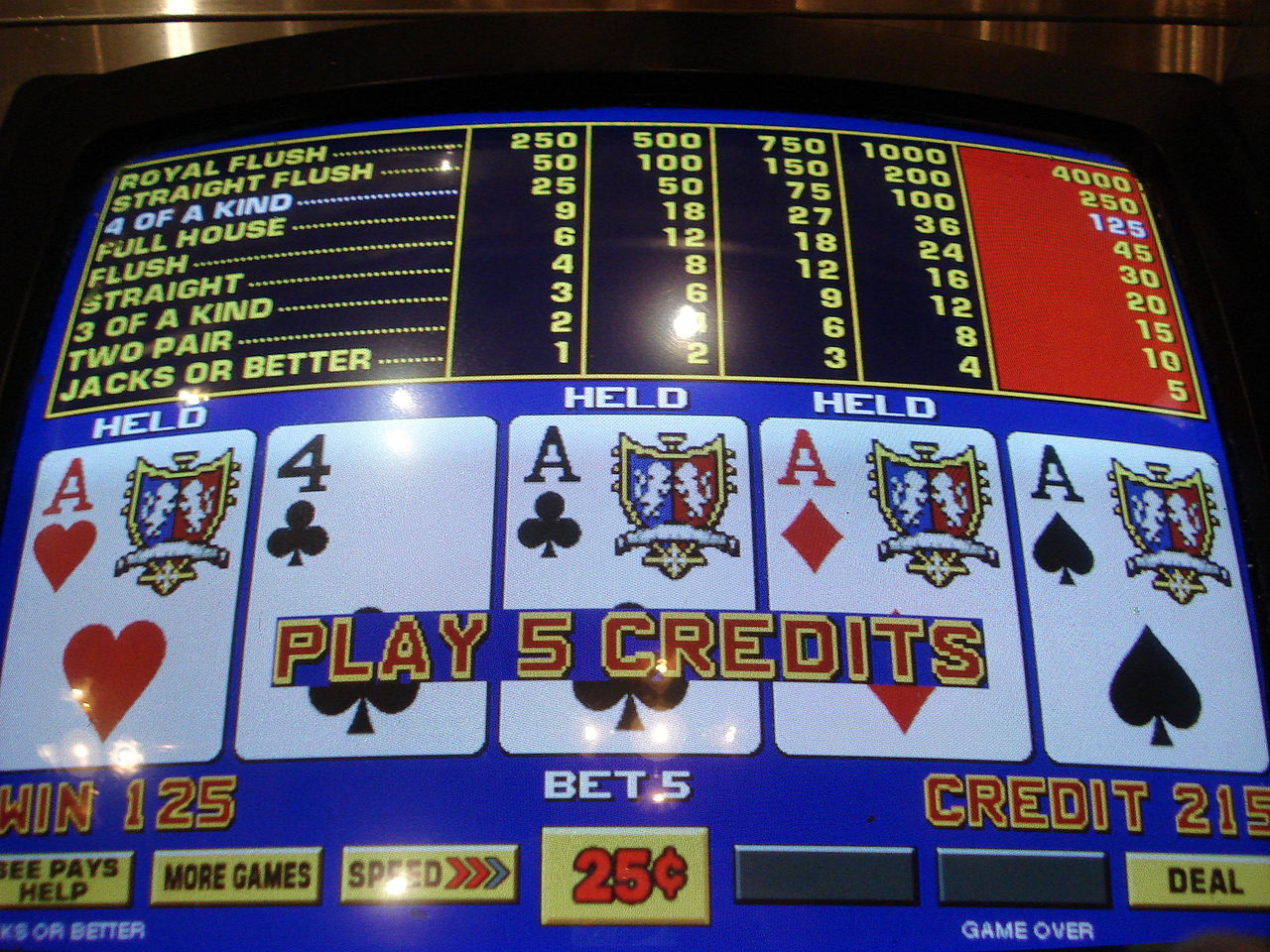 At most online casinos, the overall payout rate for video poker is between 98-99%. Depending on the game you're playing and other perks the casino gives you, the adjusted payout rate could actually exceed 100%. This, of course, does not mean that every video poker player will win; that's never the case no matter how high the payout rate may get. Some players win a lot and some players lose money.

But if you're looking for top payouts, video poker is for you. Every online casino has a link, usually at the bottom of the homepage, to eCogra or another independent assessment company that regularly checks the casino's games and publishes the payout rate it found. So, payout rates do fluctuate from assessment to assessment but the payout rates for all games usually fall within a range unique to that game and the general payout rate for video poker, as we said, is usually 98-99%.

– Video Poker Pays More Than 99% at All Slots Casino –

The Rules of Video Poker

The rules are simplicity itself. You get five cards. You decide which cards to hold and which to discard. The cards you discard are replaced and your hand is over. If you qualify to win on that hand, the casino tells you how much you've won and credits your account pending your next bet.

The dealer doesn't get cards! The game is essentially a variation of five-card draw poker without bluffing. Aside from the excellent payout rates, many players who love poker but hate worrying about getting bluffed or about what hidden cards their opponent may have, enjoy hours of video poker, going from variation to variation if that's their bent or staying with their tried and true favourite video poker variation.

The rules are so easy to learn that even new players become "instantly" familiar with the game. Strategy is a different story.

Because there are so many different types of video poker, strategy revolves almost entirely upon which cards to hold and which cards to get rid of. So, here I'll discuss some strategy basics.

The Single Most Basic Strategy Play

– Apply Common Sense Strategy and Win at All Slots Casino –

Let's say that you are playing tens or better and you have a pair of nines. The pair is a loser as of now but you can improve and win with either three of a kind or two pair. A full house and four of a kind are also possible in this situation but are rare indeed. In this situation, it is best strategy to keep the low pair. There are only two hands you could hold that would change the strategy and cause you to "break" the pair. These are four cards to a straight flush and four cards to a flush.

Let's say that you're playing tens or better and you have a pair of nines and the 8, 7, 6, suited to one of the nines. There are 47 cards left in the deck and you will have a straight flush if you get one of those cards. So, at this point, the odds of getting a straight flush are 23.5-1. These odds seem too low; they're low because you beat very high odds against you when you were dealt four cards to the straight flush. The payout for a straight flush is so high that it is sound strategy to "go for it".

The analysis for when you've been dealt four cards to a simple flush are similar. In fact, you can do this analysis on your own, hand after hand, when you're playing online.

Let's try one more example for now. You were dealt a weak hand with a single "high card", meaning a card that will give you a win if it's paired on the draw. Your hand is so weak that you have no other combination of cards that give you a better strategic play. In this case, you discard four cards.

If your hand is so weak that you don't even have a single high card, then you lack even this possibility for getting a winning hand on the draw and you must discard all five cards. This is one reason why video poker has such a high payout rate. If you were allowed to draw only three cards, you would be starting from a very big disadvantage, holding two cards that cannot give you a win even if you pair them.

Video Poker has Tens of Variations

Unless you are capable of memorizing strategy charts for every variation of video poker, you will need to use simple common sense in deciding which cards to hold and which to discard. At first, you will likely make a few mistakes but always be encouraged by the fact that video poker enjoys the loftiest payout rates.