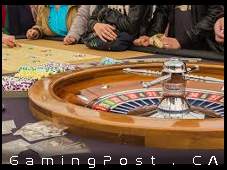 There remains a great deal of uncertainty as to in which direction new U.S. President, Donald J. Trump will go regarding online gambling be it through an online casino or some other form of gambling. Given that the President does not make laws in the United States but enforces the law, the President has the power to lobby Congress to pass legislation he favours.

Will Confidants Influence the President?

President Trump has expressed support for online gambling in the past but two of his closest confidants and contributors, Sheldon Adelson and Steve Wynn, are foursquare opposed to online gambling in all forms, not merely online casino gambling. In fact, President Trump asked both men to help organize events surrounding the inauguration which took place on January 20th.

The most iconic quote from Donald trump's past attitude toward online gambling comes from 2011 when he said, "This [legalized online gambling] has to happen because many other countries are doing it and like usual the U.S, is just missing out." This statement was widely understood as an endorsement of online casino gambling but it was so lukewarm that most felt it lacked gravitas.

Many observers have noted that this was not a strong endorsement of online gambling as such, rather a call to take online gambling market share. Before online gambling was legalized in New Jersey, Mr. Trump and his daughter, Ivanka, set up a company to explore the possibility of establishing an online casino in accordance with state law.

Sheldon Adelson's strong opposition to online gambling is well-known in the industry. He is a prime mover in the Coalition to Stop Internet Gambling (CSIG). He claims that online gambling would have seriously deleterious effects on American society.

A Confusion of Laws

There are a number of laws involved. The Unlawful Internet Gambling Enforcement Act (UIEGA) was passed in 2006. It made it illegal for banks and credit card companies to transfer money for the purpose of online gambling. Both supporters and critics of the UIEGA have said that the law does not make online gambling illegal in the U.S.

A much older law, the U.S. Wire Act of 1961 specifically made it illegal to use the technology of the day, wire transfers, to send money from one location to another for the purpose of betting on sporting events. It made no mention of online gambling because there was no online gambling in 1961 and college basketball had just been rocked by scandals involving gamblers paying players to affect the outcomes of games. There are some who wish to revise the Wire Act to include online gambling of all sorts, not just sports betting.

The CSIG has become a major player in the fight to make all online gambling illegal. In the state of Pennsylvania, for example, a bill to enact a 14% tax on online fantasy sports has come under attack by the CSIG, not because it believes the tax is too high or discriminatory but because the CSIG opposes all online gambling and sees the law creating the tax as a de jure way of acknowledging the legality of online gambling. 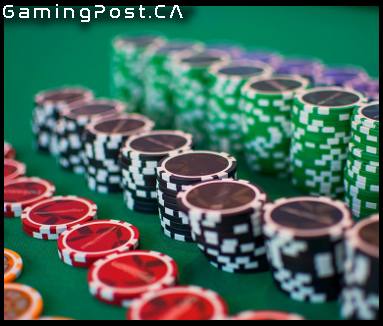 The existing law in New Jersey allows for online gambling run by established land-based casinos. The CSIG is opposed to this law as well because it sees it as a challenge to the profits of all legal non-online gambling operations.

Speculation remains rife on both sides of the online gambling divide. Some say that Mr. Trump has such a long history in the land-based casino business that he would not countenance full-blown legalization of online gambling in the U.S. Others say that Mr. Trump saw all of his big casinos go bankrupt and the land-based casino business is far more fragmented now than it was when he opened his first Las Vegas casino. Land-based casinos are legal in most states and on Indian lands. In this view, the President may side with the idea of increasing competition.

The U.S. system also allows states to make their own laws regarding online gambling. It is up to the Executive Branch of the U.S. government to interpret and enforce the law so some claim that the Trump Administration will read the UIEGA much more loosely than did previous Administrations.

Finally, Donald Trump has been President for less than a single week and has had what most observers understand to be items of higher priority to deal with in his first few days in office. Time will tell how the new Administration and the new Congress deal with online gambling when they have the time to deal with the issue.