Trustly and GiG Partner Up 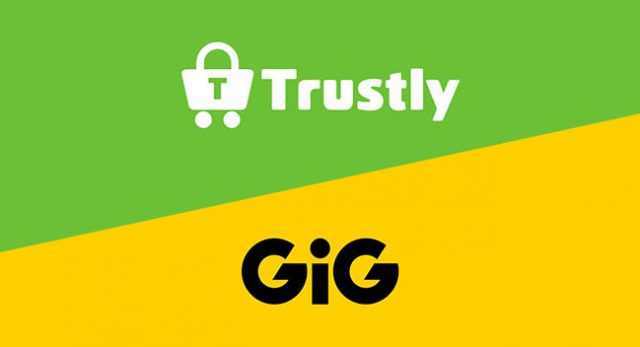 The simplistic yet highly effective method will allow GiG’s customers to better enhance player acquisition, increase loyalty, and remain compliant, all in one fell swoop. The tech is now available to all operators running the supplier’s Core platform, including its in-house brand Kaboo.

Additionally, the company also has plans to offer the service to other external operators as well, along with its own in-house brand Thrills. Thrills may in fact be converted to a purely Pay N Play system in the three countries mentioned above.

Trustly’s sophisticated Pay N Play system has been in high demand by leading iGaming firms since it hit the market. Just a few days ago, Omnia became the latest brand to announce its plans to add the system to its own gaming platform.

The new technology also allows for instant player sign-ups, without the usual tedious and time-consuming registration processes. New customers can sign up and deposit money instantly and securely whenever they need to. Even the login process has been simplified, as players can now use Bank ID as a quick and fuss-free way to log in to their accounts and play.

CEO Reed Comments on the Deal

Commenting on the new developments GiG CEO Robin Reed noted that Pay ‘N Play with revolutionize the sign-up process for his company’s players, enabling higher retention and conversion rates while also ‘reducing churn’. With instant withdrawals and deposits, he said, the new system only enhances his firm’s promise to supply fun and fair gaming for all.

As explained by Reed, both deposits and withdrawals using the method will become instant transactions, which will empower players while also simplifying their user experience all in one. The platform supplies these services at the same time as well, using security protocols through KYC requirements, which are met with data straight from players’ banks.

Thus, the need to scan or supply any documents for upload as part of the banking registration process will essentially become a thing of the past. GiG and Trustly are ushering in a new era in real money gaming – and one that every player can enjoy instantly, wherever they need it the most.