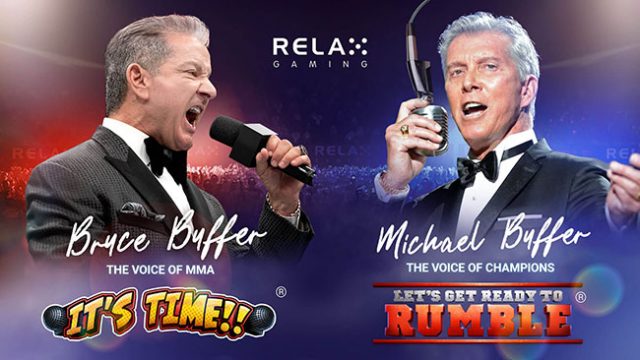 Software developer Relax Gaming, which was founded in Malta in 2010, has just signed its very first branded slots game agreement. The contract puts them in partnership with brothers Bruce and Michael Buffer, world-renowned sports announcers and grandsons of boxing champion Johnny Buff.

Slots for Each Buffer Brother

Bruce is known as the Veteran Voice of the Octagon and is a seasoned Mixed Martial Arts presenter. His catchphrase “IT’S TIME!” heralds the main event in Ultimate Fighting Championship main events. Michael, who is older by 13 years, is a ring announcer for professional wrestling and boxing matches. He is known for his own phrase, “Let’s get ready to rumble!”, which has even been trademarked.

The likenesses and iconic phrases of each brother will be used in separate slots, which will each feature cutting-edge game dynamics and crisp, high-resolution graphics. In fact, the games are actually called “It’s Time” and “Let’s Get Ready to Rumble”. Bruce Buffer has publicly stated that he and his brother are “thrilled” to be entering the video slot market, particularly with a team as professional and impressive as Relax Gaming.

For both slot titles, the excitement and exhilaration of each sport’s fight nights has been perfectly captured. The overall result, in the words of the brothers, is a “hugely entertaining project”. Their parting comment on the branded games is that they will see players in the ring. 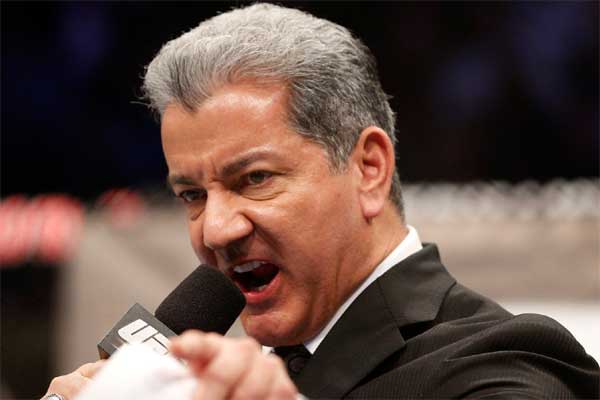 Another Milestone for Relax Gaming

Chief Product Officer for Relax Gaming, Simon Hammon, said his employer is delighted to be working with the Buffers as their first network-branded productions. The timing for moving into the branded market seems to be right, since the company is able to leverage their increased market presence and rapid growth.

Having a presence in respected markets has been a key strategy for Relax Gaming, and it holds licences from several respected European jurisdictions, including Romania, Denmark and the United Kingdom. The developer is completely reliable and players can trust that the results of all its titles, including these latest releases, are totally random and fair.

Hammon described the new releases as a way for Relax Gaming to disrupt the online video slot market in “the best way possible”, which fits well with their overall ethos. Their vision is push gambling boundaries with innovative technology, which will certainly happen when novel game mechanics and the thrills of competitive fighting come together in Let’s Get Ready to Rumble and It’s Time.

Get those reels spinning to get WINNING! Play slots online NOW.