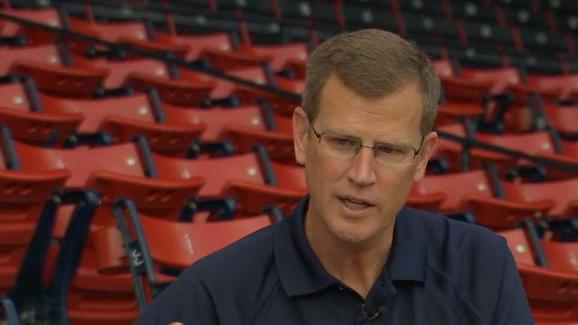 Not too long ago, pro-sports leagues were the main spanners in the sports betting legalisation works. Big-shot managers were lashing out at anyone even suggesting a re-consideration, let alone a reform, and the general picture that was painted was one that vilified the betting world, predicting match-fixing doom and loss-of-integrity gloom all round.

But now, the people in charge of the big leagues, people like Boston Red Sox CEO Sam Kennedy, appear to be doing a 360 turn-around on their own gospels. According to Kennedy, sports betting will not only not harm the integrity of the MLB, but may very well be the making of increased levels of engagement by fans.

In other words: sports betting is no longer considered to be a bad apple and has managed to redeem itself somehow.

According to Kennedy, the fact that the industry has made new peace with sports betting doesn’t have as much to do with projected revenue figures as what it does with a renewed interest in sports. The man in charge boldly proclaimed that the positive revenue impact is secondary to the greater cause, being the love of the game.

In his defence, Kennedy appears to have given quite some thought to the matter. In his opinion, live in-play betting in particular, will stimulate new levels of interest. This will ultimately come down to more tickets being sold to matches and games where the score line would previously have been too one-sided to engage the attention of neutral fans. Being able to place a bet and follow its progress in a live setting may be just what the doctor ordered in order to bring new levels of excitement to flat events.

Why Proper Regulation Is Vital

The CEO was quite outspoken about the necessity for the proper regulation of the market. One can only assume that he was informed of the estimated worth of the industry as it stands at the moment, as well as what it is predicted to be worth in a few years’ time.

The general argument seems to be that someone is doing it in anyway, albeit in an illegal and unregulated way. By legalising the sector, leagues and operators have the opportunity to work together in a structured market, as well as offering bettor-protection to fans, which is something that is obviously not offered by illegal operators.

Place your bets online NOW! Back your favourite team and see if you can win BIG