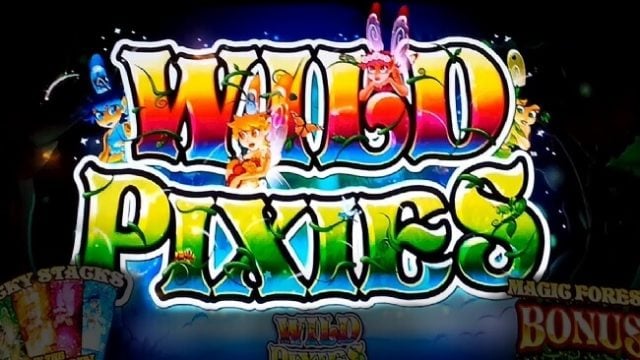 Pragmatic Play is celebrating spring in their latest video slot release, Wild Pixies. The provider has created an enchanted forest backdrop for this 3X5 game, and quirky inhabitants populate the reels to a soundtrack inspired by fairy tales.

The Malta-based provider of Bingo, live dealer, and online slots products introduced the new low- to medium-variance game in a recent press release. Players will spin the Wild Pixies reels hoping to catch a glimpse of the magical Butterfly Wild and glittering Diamond Scatter to boost their bankrolls.

Wild Pixies, with an RTP of 96.5%, also has a Roaming Wilds Bonus Spins feature which triggers when players land 3 of the Diamond Scatters simultaneously. An additional screen will open up, and you’ll be transported to an idyllic clearing within the otherworldly forest and invited to try to uncover the secret stash of riches hidden there.

Pragmatic Play Is on a Roll

Melissa Summerfield, Chief Commercial Officer for Pragmatic Play, called Wild Pixies a fun-filled, magical experience that her organisation was very proud to release. She went on to state that the gameplay was incredibly immersive and the Bonus feature was sure to please players.

This latest addition to the developer’s portfolio is hot on the heels of the approval it was lately granted to build a new live casino studio in Bucharest. This state-of-the-art venue was granted a Class II license by ONJN, the Romanian regulator, as recently as the beginning of April.

They also released 2 new video slot games in March. Extra Juicy is a modern take on the vintage fruit slots format of days gone by, and Wild Gladiators is built around the popular theme of Ancient Rome. These additions complement the developer’s most popular titles like Da Vinci’s Treasure, Mustang Gold, and Wolf Gold.

In between all of this, the organisation also managed to fortify its relationship with the LeoVegas Gaming Group, one of the top GameTech companies in Europe.

This busy software provider and game creator has also put a number of key commercial agreements in place over the past year. These have served to further expand their reach with top-tier operators, including the award-winning Casumo online casino, online gambling operator Kindred Group, and PokerStars, the biggest Poker site in the world.

Pragmatic Play is one of the fastest-growing software providers of mobile and desktop digital casino games in the industry. Founded in 2015, they’ve made good use of the time they’ve been around, raising the bar every year to ensure they keep offering players innovative entertainment and the chance to have some fun.

Hit the JACKPOT playing slots online. Sign up at a Canadian casino NOW!