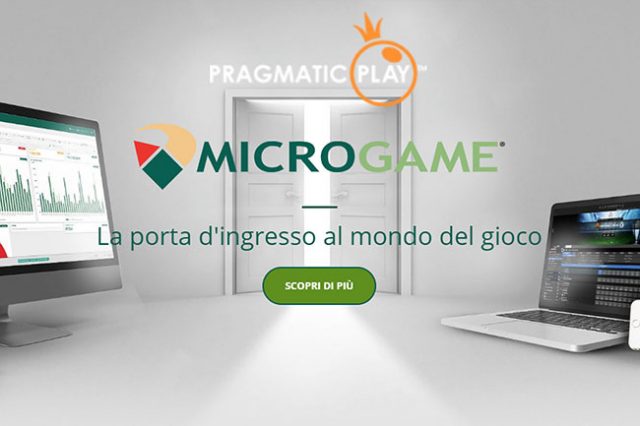 Malta-headquartered casino software developer Pragmatic Play has taken steps to expand its presence within the regulated iGaming market of Italy thanks to an agreement between itself and leading platform supplier Microgame (not to be confused with Microgaming).

The new content deal will see the popular supplier’s full content portfolio being made available to all of Microgame’s operating partners. The agreement includes some of Pragmatic’s most popular recent releases as well, such as Wolf Gold and Da Vinci’s Treasure, both of which have received rave reviews from Canadian players.

Commenting on the developments, Pragmatic’s Chief Commercial Officer Melissa Summerfield has noted that her company is thrilled to have agreed on a deal with Microgame – a very well established and respected provider within the Italian market.

According to Summerfield, solidifying her firm’s position as a premium software creator in regulated iGaming markets is essential to its strategy. The new agreement, she says, comes as another big step towards the developer’s ambitions as it continues to grow its mobile-focused, client-centered delivery of premium gaming services.

Marco Castaldo the Managing Director of Microgame, added that his firm is proud to be offering Pragmatic Play’s highly popular and diverse range of content. Castaldo and his team are confident that his company’s partners will benefit from the addition of the aforementioned developer’s top-tier titles. Pragmatic Play, he said, is well known for its innovative and engaging games, and they are looking forward to a long and successful partnership with them.

The deal has significantly increased Pragmatic’s presence within the Italian market, with almost a dozen casino operators having already launched its games in the European nation this year alone. Just a few of these recognizable brands include Betsson’s StarCasino, OIA Services, and all of Kindred’s Italian facing brands.

All of the developer’s in-demand titles like Panther Queen, Wolf Gold, and Queen of Gold boast seamless desktop and mobile compatibility, and are also packed with unique trademark bonus rounds and real winning chances. Its reputation as a multi-game solutions provider is further cemented by its policy of continuous improvement and its sterling customer support services in more than 80 countries across the globe.