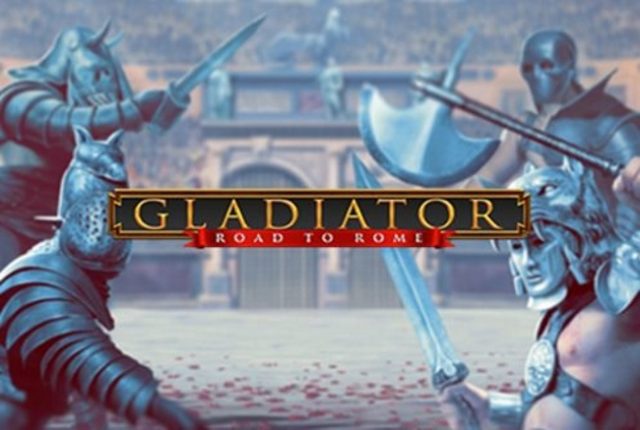 Playtech has just paid out its biggest online jackpot awarded to date to a local player. The London-listed developer’s Gladiator: Road to Rome slot was the title responsible for the landslide win, and the lucky player was spinning the reels at Spanish online casino Codere.

Gladiator: Road to Rome is a progressive jackpot slot, and in order to activate the progressive round, players are required to land a total of nine helmet symbols across reels 2, 3 and 4. The lucky Spanish player managed to do just that, and was hugely surprised when the slot paid out a stellar €1.5 million in prize money. The jackpot is officially 5 times the size of the second largest jackpot win paid out by a Playtech title to date. Previously, Playtech’s DC Superheroes Jackpot series paid out an impressive €130,000 in May, but the new win has tipped that payout off the top spot.

Gladiator: Road to Rome is based on the 2000 classic motion film depicting the life of a gladiator in Rome. Roman-themed games are every bit as popular as Ancient Egypt-themed slots and judging by the latest payout, there is good reason for it too.

Road to Rome is the sequel to the original slot in the Gladiator series of games developed by the world-class developer and according to Playtech’s Chief Operating Officer Shimon Akad, is now one of Playtech’s most popular games released to date. The slot’s bonus feature is obviously what draws players to it from all over the world and the recent jackpot payout is bound to elevate the game even further on the popularity charts.

Akad also said that Playtech was especially happy about the fact that it had been a game in its Gladiator series to have put up so stellar a performance in Spain, what with the country being a significant new market for the developer.

All About The Win

Akad also commented on the long-term potential encapsulated in the Spanish market and said that Codere is a significant new partnership for Playtech. A jackpot of this size goes a long way towards building and supporting a partnership of this nature.

The bottom-line applies in that so long the wins keep on coming, the players will too. Codere will be more than a little pleased that a win of this size would have come from its ranks, and players the world over will be keeping an eye on Playtech’s games, hoping to be the next lucky spinner to set a new record.

Strike it RICH playing online slots! Be a WINNER at top Canadian casinos.