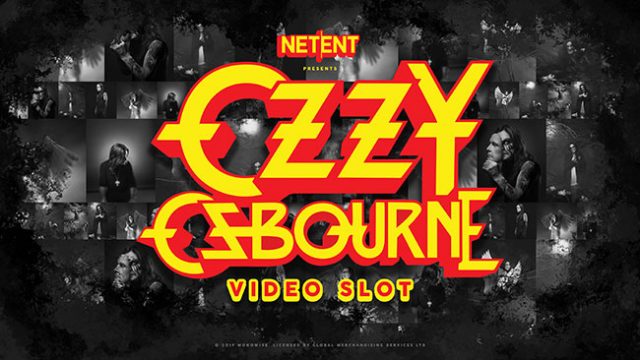 NetEnt is one of those developers that go the extra mile to make their slots as unique, memorable, and engaging as possible. Naturally, this means that the software supplier has an affinity for developing branded and character-based titles, and now they are set to bring yet another legendary character to life: Ozzy Osbourne.

According to the developer’s latest slot release, the Prince of Darkness and long-time Black Sabbath frontman will soon be forever immortalized in his very own titular slot game. Ozzy was Sabbath’s lead vocalist in the late 1960s and 70s before moving on to a solo career with his first album in 1979. He has gone on to sell over 100 million albums as a solo musician, and the new game will see him join other rock icons like Jimi Hendrix, Motörhead and Guns n’ Roses in NetEnt’s impressive collection.

According to the firm’s Director of Game Products, Bryan Upton, rock stars don’t come bigger or more popular than Ozzy Osbourne. Thanks to his iconic personality and amazing contributions to the world of hard rock, the Prince of Darkness has gained a passionate fan base over the past 50 years. Upton says that his team cannot wait to bring his likeness to the reels for his followers to enjoy.

Osbourne, who has appeared in a number of films and even had his own hit reality TV series, The Osbournes, will see his face splashed across a digital gaming interface thanks to a deal between NetEnt and his merchandising partner Global Merchandising Services (GMS). GMS Chairman Barry Drinkwater says of the new agreement that NetEnt are market leaders in iGaming, and his company is thrilled to add another of its musicians to the developer’s legendary NetEnt Rocks collection.

As well as this slot series, the studio is also rolling out a full line of classic video games in a new, monetized format. Alongside these titles are licensed favourites like Planet of the Apes, Jumanji, and a slew of others.

Prince of Darkness on Bed Rest

As for how Ozzy feels about the new deal, we will still have to wait a while to find out directly from him. The rock star was recently diagnosed with an upper respiratory tract infection, and has had to postpone an international tour because of this.

Doctors have warned him that it could develop into pneumonia if he doesn’t take it easy, and after sharing a gruesome picture of a burst blood vessel in his eye to Instagram after coughing too hard, he has decided to take their advice. His international tour is now set to kick off in September instead as he enjoys some much-needed rest and relaxation.

Are YOU ready to win? Play all the hottest slots online TODAY!