NFL’s Adam Jones Behind Bars for Cheating At A Casino 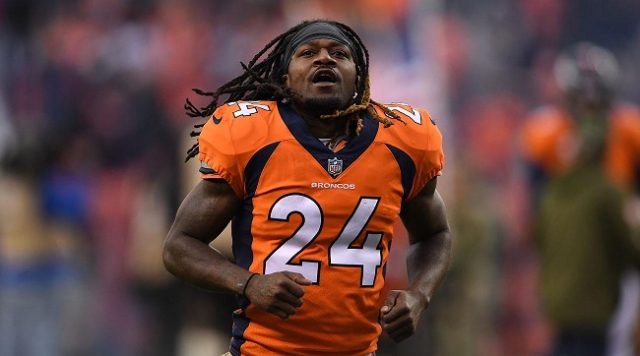 The Rising Sun Casino in Indiana is the reason behind NFL player Adam “Pacman”
Jones having had to spend a night behind bars, following accusations on the part of the casino’s management that Jones had been cheating at a table game. Jones was arrested shortly after and jailed for 24 hours without the possibility of bail. And if that sounds a tad extreme then it’s because Jones wasn’t only discovered to be trying to scam the casino out of money, but also acted in a drunk and disorderly manner, and when confronted by the police, refused to co-operate.

By this point in the proceedings, the only remaining option for police was to arrest Jones. And of course, just to make matters even worse, Jones ended up resisting the arrest.  All of this had happened leading up to the wee hours of the morning, and the 35-year-old was eventually jailed at 3am on February 27th.

Read More … American Sports Gambler The Most Influential Person Of 2018

Jones, who is currently not signed with any team, isn’t exactly the example of a law-abiding citizen. In 2005 Jones was arrested for alleged vandalism and assault. The charges were dropped shortly after, but cannot help but wonder if the fact that he had, at that point in time, just been signed by the Tennessee Titans.

But even that old Titans charm has its limits, and after having been arrested not once, but twice, in 2006, Jones was suspended for a single game during that same year, supposedly to teach one of NFL’s bad boys a well-deserved lesson.

But getting right down the point, the lesson could not have been very effective, because that wasn’t his last brush with the long arm of the law. Not by a long shot, because in 2007 he really pushed his luck, which was by that time, running out fast.

On A More Serious Note

In 2007 our man was involved in a serious drama that had played itself out at a strip club in Vegas. Exactly how and to what extent Jones had been involved isn’t quite clear, but thanks to his having entered into a plea bargain with the prosecution; he was taxed with a suspended sentence and a year on probation.

During that particular incident, a security guard had died and former pro-wrestler Tommy Urbanski had come out on the other side just barely alive, and had been paralysed from the waist down. One other, namely Aaron Cudworth, had also been shot during the incident. Jones, despite his lenient sentence in terms of jail-time, must have been involved right in the thick of things, as he was ordered to pay damages to the tune of $11 million to Urbanski and $1.3 million to Cudworth.