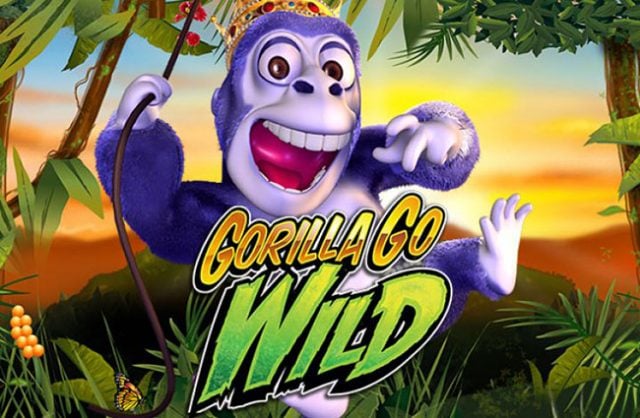 NextGen Gaming is at it again, creating epic new slots for their players to experience. The latest release from the international iGaming giant is Gorilla Go Wilder, an action-filled sequel to their original Gorilla Go Wild title.

Now available at online casinos, the new game comes as a brand new title with one very familiar character in the mix. The fun starts across 5 reels and 25 fixed paylines, and can be enjoyed from just 0.30 per spin. Of course, if you’re after the max jackpot of 750,000 coins, you will want to play the maximum stake of 75.00 per spin!

Bountiful Bonus Features for All

Although Gorilla Go Wilder might start across 25 paylines, NextGen has added an innovative feature through which you could actually end up with as many as 200 lines if you play your cards right. In terms of winning potential, you can also expect excellent rewards through the slot’s 25x win multipliers, transforming symbols, Wandering Wilds, expanding wilds, mystery symbols, mega stacked symbols, and fresh free spins.

Last but not least, of course, is the chance to win as much as 10,000x your stake on a single spin. The base game also offers hefty wins of as much as 1,250x your bet, which could have you going bananas when your bankroll instantly becomes $750,000 bigger. Simply land lucrative winning combos during the free spins round to achieve this!

The main character in Gorilla Go Wilder is the lovable Gary the Gorilla, who appears to the side of the reels to cheer players on as they seek cash fortunes across the grid. Gary also acts as the standard wild symbol in the slot, and is capable of paying out up to 50x your stake if you manage to land five of his kind in tandem.

NextGen loves adding an element of surprise to their titles, so you will find that randomly triggered features are a huge part of Gorilla Go Wilder. One of these features is the Shell Re-spins game, which will appear at random and allow you to collect shells during re-spins in order to continue the feature. At the end of the round, the number of shells you have collected will translate into an instant cash prize.

Gary’s Gifts is another random feature to look out for, as it can also activate the Bonus Islands. Trigger this with just three or more bonus scatters and take your pick from eight different variations of the round. The subtypes offer a slew of free spins, stacked icons, extra paylines, special wilds, multipliers, and even multiplier zones to boost your chances of a great payday.

With a fun-filled jungle theme and NextGen’s adorable simian character back on the screen, Gorilla Go Wilder is expected to be a highly successful sequel to its smash hit predecessor. Land monkeys, coins, toucans and royal symbols across the reels for your chancre to grab 10,000x your original bet!