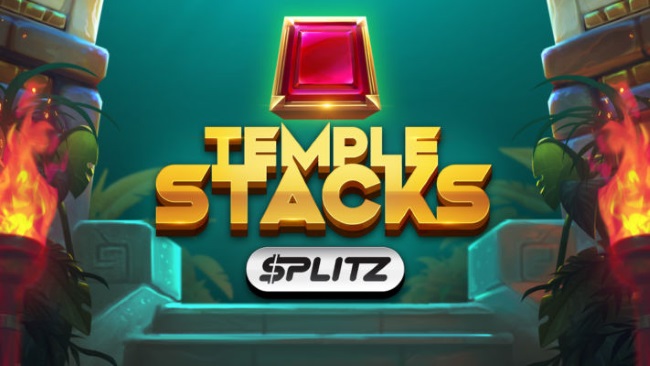 It’s an exciting time indeed for the team at Yggdrasil Gaming. The leading developer is getting ready to launch for the very first time its new Publishing division of business at this year’s ICE London, and has just unveiled its very first slot incorporating its ground-breaking proprietary games mechanism called Splitz. The game is called Temple Stacks and is the Swedish developer’s first slot to hit the markets for 2020.

Temple Stacks, thanks to the inclusion of Splitz, is all about making possible that ever-elusive life-changing win. The potential to rake in the big cash is just staggering and players are bound to be playing this particular slot for many more years to come. There’s arguably no better way to be kicking off the 2020 casino games season.

As for the theme, it’s the people of Aztec who are the stars of the Temple Stacks show. The game is easy on the visuals and incorporates up to 248,832 ways-to-win. Yggdrasil Gaming describes its latest slot as offering players “unparalleled and infinite win potential”. And with the Splitz mechanic in the mix, its not at all puzzling to see why this is so.

What Splitz basically does is to trigger mystery stacks. These then drop down onto the slot’s reels, followed by a truly magic reveal ranging anywhere from three to nine matching stacked symbols. This, according to the developer, adds “hundreds of pay ways” to the equation.

Aside from the special game mechanic, there are respins, scatters and even a free spins bonus feature for everyone’s enjoyment. Re-spins are triggered whenever two scatters land on the reels during any single spin, opening up the possibility to some pretty amazing combinations. As for the free spins feature; land three or more scatter symbols on the reels during a single spin, and you’re a winner.

Those lucky enough to trigger extra free spins will receive a very special reward. Players are required to choose to launch the Diamond Bonus, the Gold Bonus or the Silver Bonus. Each of the additional bonus games presents a unique opportunity to rack up the wins in more than one exciting way. The Diamond bonus round, for instance, bestows onto players up to a dozen symbols per stack. One can only dream about the incredibly massive potential to win some serious cash!

Yggdrasil will be out in full force at Stand N3-140 at the upcoming ICE London, which will this year run from February 4th through February 6th.

Being a WINNER has never been easier! Play SLOTS online now.