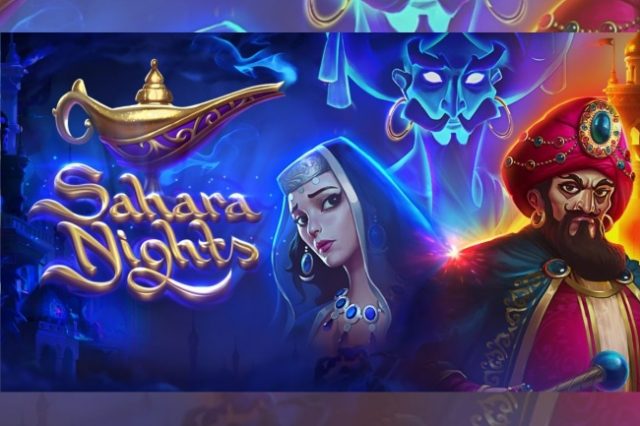 If being whisked away on a magic carpet to a land where the days are warm and the nights are cool and long, where sultans are handsome and the beauty of princesses trumped only by the splendour of a mighty desert nigh sky, then its time to thank your lucky stars because Yggdrasil Gaming’s new Sahara Nights online slot is about to make your day.

The new online slot is everything that we’ve come to expect from Yggdrasil Gaming, and more. Sad but true is the fact that not all developers have the magic touch when it comes down to the business of creating a storied game that not only quickens the pulse with magnificent wins, but also captures the heart by drawing the player into fabled tales and royal love stories, but Yggdrasil has proved itself a constant exception.

Read More… GiG Calls It A Day On In-House Development

The Royal Scene Is Set

Everything about Sahara Nights is lavish. Once the game loads, the scene is immediately set as a beautiful palatial home appears on the screen. The reels are transparent and set against a backdrop of royal luxury. The colours are of royal blues and pinks and every possible royal hue under the Arabian sun.

The reels are populated by precious gemstones carved into the shape of a flower, the sultan and the princess, and even a band of sneaky street rats out on the prowl for a bite to eat. The wild symbol is a special one and represented by a magic lamp. And lo and behold, whenever the wild completes a winning combination, a genie will come out to play. During the free spins, and whenever the wild magic lamp appears on reels 2, 3 and 4, all wilds will instantly turn sticky and will remain in place for another spin of the reels to make for extra win potential.

Sahara Nights features a free spins bonus. This is activated by landing three or more of the slots free spins symbols anywhere on the reels. The game presents a high variance playing style and players who enjoy mixing it up in terms of not knowing what to expect next, Sahara Nights is the perfect antidote to boredom.

The game is jam-packed with surprise royal visits and magic and a great deal of high-variance fun. It’s without a doubt one of the most beautifully crafted slots that we’ve seen and played so far, and it is now available to play at all Yggdrasil powered operators.

Turn you night into a WINNING one. Play high profile SLOTS online TODAY!