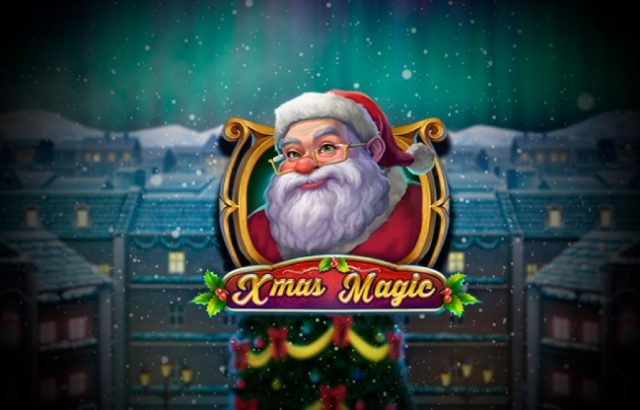 It’s the season of giving and leading slots developer Play’n GO certainly has come to the party in a big way this year. The developer has just released its latest slot and its one in a long line of games recently off the Play’n GO production line. Best of all is that Xmas Magic is all about celebrating all of those little pleasures that we so love about the annual Christmas Holidays. All of the old favourites take turns to appear on the reels; traditional striped candy canes in red and white, stockings dangling merrily around the fire-place, mugs full of hot chocolate, snow globes even; its all there.

No Christmas-themed slot would be complete without a special appearance by Santa Clause, and this time round, Father Christmas stars as the game’s special bonus symbol. There are presents to be opened and cash to be won on the 5×3 game grid.

In true generous Play’n GO style, the developer has ensured that everyone is able to join in the Xmas Magic fun and so the slot can be played on a variety of platforms, including all manner of mobile devices. The game is colourful and entertaining, and it celebrates many people’s most favourite time of the year in a style that is both engaging as well as simple and uncomplicated.

And its this simple approach and uncomplicated style that makes Xmas Magic a success to Play’n GO Chief Executive Officer Johan Tornqvist. Xmas Magic not only serves to provide players with hours worth of top slots entertainment but it also follows a style that allows the player to sit back and relax and really enjoy spinning the reels.

But the developer has been a busy bee on the new games front well across the board. Play’n GO recently released a slew of new online Bingo titles into the Latin American market. Thanks to its partnership with local supplier and developer RCT Gaming, Play’n GO’s LatAm market players now have access to a variety of top new electronic Bingo titles, including Super Bola Bingo, Flex Bingo, Park Bingo and Hot Bingo.

The online Bingo market is a booming one in Latin America and Play’n GO certainly has gone all out trying to please its local LatAm customer base, what with it having incorporated quite the range of special features into all of the new online Bingo title releases.

Wit so many new games ready and waiting for players, and Xmas Magic really bringing the festive fun, Play’n GO really is living up to expectations as one of the world’s most innovative and productive iGaming developers.

Play FESTIVE slots online. Get in the mood with themed REAL MONEY games!