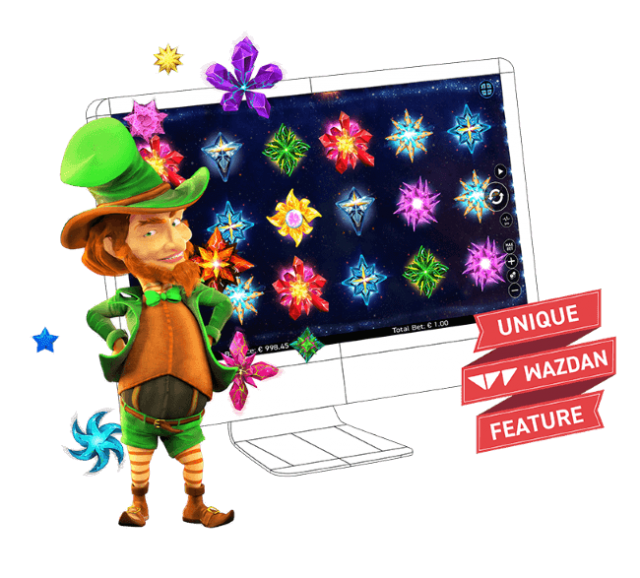 As it turns out, Wazdan is more than just a pretty name. It may be true that superbly-developed themes and fair play are two of the most important considerations when it comes down to creating an enjoyable games session, but in-game mechanics, when done correctly, can really have a renewing effect on the entire player experience.

It’s a sad reality that not every developer understands this for what it is, something that tends to stand out like a sore thumb in many a slot game. But thanks to companies like Wazdan, much has been done to compensate for this particular shortcoming. More than just quality content, Wazdan focuses a lot of its energy on coming up with new ideas tailor-designed to pimp the general experience by applying innovative new mechanics to new and existing ideas.

Its latest genius creation is what the developer refers to as Big Screen Mode, and it opens up a whole new experience for the player.

Wazdan has been in the habit of pushing the limits on special mechanics and features ever since the developer first burst onto the global gambling scene, and much of its popularity is thanks to its fresh outlook on the base-level functions of slot games.

Big Screen Mode acts as a super-powerful magnifier, allowing players to zoom in on the reels in a slot game. The best way to describe the function is that it enables full-screen mode much in the same way as streaming platforms such as YouTube and Twitch. The game’s control panel remains in view when Big Screen Mode is activated, but appears in universal-button style to the side of the reels, cascading in at out at the player’s beck and leisure.

A simple concept maybe, but as most superb ideas go, not one that has been implemented by anyone else in the industry. And that’s not to say that Wazdan’s new function is every-day in any way.  The developer has shown itself to be 100% in touch with the global games market and they certainly know how to cater to the needs of players. A seemingly simple idea of blowing up a slot’s reels to full-screen mode adds a whole new level to the ultimate player experience.

From A Different Angle

It’s actually surprising to discover the effect that Big Screen Mode and being able to view a slot’s reels in all of its full-screen glory, has on the overall presentation of the game. It’s quite astounding to consider that nothing changes as far as what any outcome is concerned; it’s simply about having gained a different vantage point.