Yggdrasil Go Live With Valley Of The Gods 2 Slot 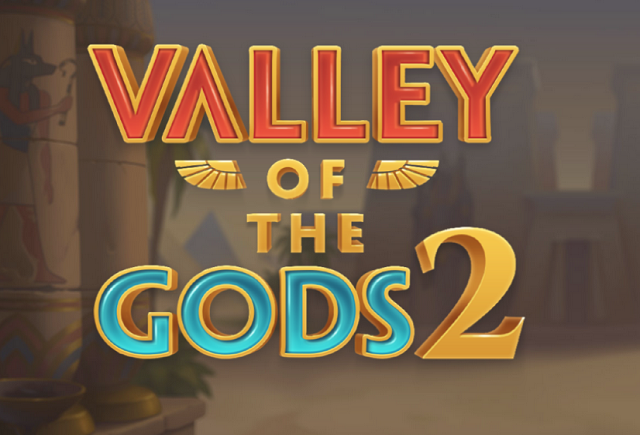 Now back by popular demand, Valley of the Gods 2 promises even more storied and bonus-feature excitement than what we saw and experienced in the initial release. And it’s a recipe that will ensure popularity among newbies, casual-, and even discerning and longer-in-the-game players alike. Such has been the silver thread of success we’ve seen meandering through Yggdrasil Gaming’s content all throughout, after all.

Scarabs: Collect Them All!

The latest instalment in the popular Valley of the Gods series of slots relies on a simple gameplay mechanic boosted by several new bonus features such as collectable Wild symbols, players being able to unlock Extra Lives, Respins, Win Multipliers and even Wild Reels.

The entire premise of the game is based on the player having to destroy as many Scarab symbol blockers as possible. Every win not only triggers a respin but will also unleash a white Scarab which will then go on to destroy a Scarab blocker.

And once all Scarab blockers have been successfully destroyed, it becomes time for the action to really get underway. It is at this point that all of the game’s special features become unlockable – features such as the abovementioned Win Multipliers, additional Lives, Reels gone completely Wild, and so on. It is also at this point in the slots that the complete unlocking of the 20,160 Ways to Win system reaches maximum potential capacity.

Win Multipliers are a supreme highlight event of the Valley of the Gods 2 adventure. For every 5 Blue Scarabs landed on the reels, the Win Multiplier value will increase by 1x. This too will carry on uninterrupted until the end of the Respin. Only after no more winning combos are possible or present on the reels, and no more Extra Lives remain unspent, will the total win be added to the player’s balance in credit.

Last but not least, as far as the Yellow Scarabs go, these, when collected in groups of 5, will add an entire Wild Reel into the winning mix. The Wild Reel will remain completely wild until such time as a win has been registered.

Packed with Modifiers and rooted in the concept of Respins, Yggdrasil Gaming’s Valley of the Gods 2 is bound to become every bit as popular and in-demand as its title-predecessor.

Spin the reels and HIT THE JACKPOT! Play slots ONLINE.

Microgaming Release New Tarzan® And The Jewels Of Opar™ Slot

Why Elk’s Visitors Slot Is A Special Features Fest

Apple’s Craftiness Called Out By Ex-Director