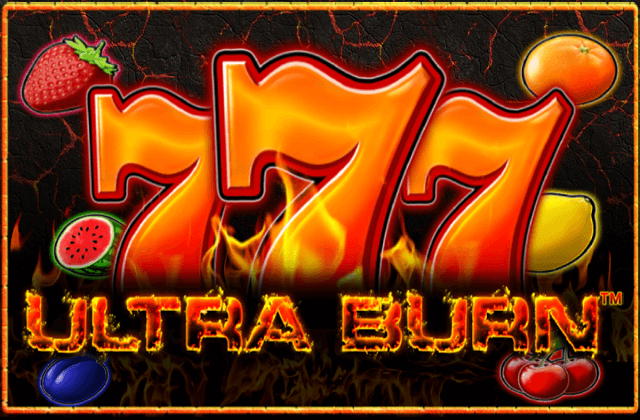 Leading casino games developer Pragmatic Play has released the latest fruits of its labour created in partnership with exciting new independent studio developer and partner Reel Kingdom. Ultra Burn is the second slot released from the ranks of Pragmatic Play’s collaboration with Reel Kingdom and follows hot on the heels of the joint-venture’s May-released Hot to Burn online slot.

Reel Kingdom is fairly new independent player on the block. The studio was however founded by a group of experienced industry veterans. Having more than 100 years of combined experience, it’s easy to see why the team would have drawn the attention of an industry giant the likes of Pragmatic Play. And it’s been everything but banking on nothing too, as Hot to Burn has since its release last month, been enjoying massive success in the UK as well as in Eastern European markets.

Ultra Burn is a classic casino slot consisting of a 3x3 reel-set and 5 paylines. This makes it to closely resemble a land-based slots experience. The classic casino feel of the slot is created by the traditional design of the game’s symbols – these include all of the old favourites: BARs, Lucky 7s, Cherries, Plums, Watermelons, and more. The game obviously seeks to recreate the old one-arm-bandit traditional casino experience, and it certainly manages to do exactly this.

The gameplay is fast and hot, and the flaming fiery backdrop completes the too-hot-to-handle old-school casino experience and feel. The maximum payout that can be won is an impressive 500x the value of the player’s bet.

Ultra Burn Is Primed For Success

Pragmatic Play chief commercial officer Melissa Summerfield has described the new slot as being primed to become one of the “hottest” new games on the block. This, said Summerfield, is thanks to a combination of traditional casino fun and the opportunity to win huge sums of money. Ultra Burn is all about combining the real casino experience with the free-spirited convenience of playing online.

And Summerfield should know by now what works and what doesn’t, as Pragmatic Play is currently one of the most prolific games developers on the scene. The developer at present releases up to as many as 4 new slots titles each and every month of the year! And with the support and help of an exciting new studio creating content exclusively for Pragmatic Play only, the gaming content sky is the limit for the industry leader in entertainment and gaming.