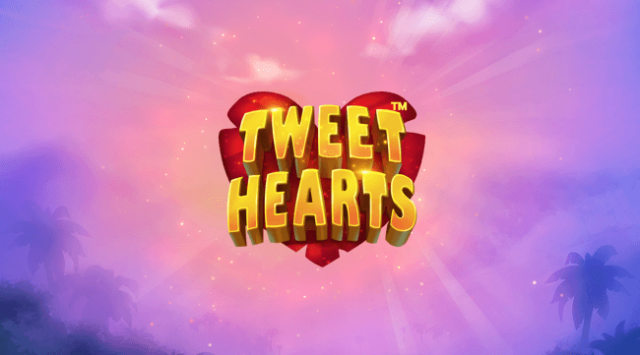 Microgaming’s new Tweethearts slot, developed exclusively for the casino giant by independent studio partner Just For The Win, is a skyward celebration of love. The game features images of nesting lovebirds and colourful paradise parrots creates the feeling of living it up in a vividly coloured and relaxing paradise jungle.

The feathered members of the paradise community are the stars of the show and their happy and colourful appearance on the game’s reels creates a unique session. In addition to the colourful feathery characters who obviously prefer to travel in pairs, a variety of special mechanics and rewarding features have been included too.

The Wilds Are Out To Play

As with most previous Microgaming slot releases, the wilds feature rather strongly. In addition to the standard appearance and function of wild symbols on the reels, there is a also a special Random Wild feature making its appearance.

The feature is triggered at completely random intervals whenever two or more matching symbols appear next to each other on a payline. Its impossible to tell exactly when the feature will be triggered and this adds a definite additional element of excitement to the base game.

Another exciting special inclusion is the Double Lucky Line. The middle row is where all of the double your luck action is at, and it spans across all 5 of the slot’s reels. Whenever double-symbols (i.e. a pair of love-struck feathered friends) appear on the middle row, they are counted as two symbols instead of just one.

Tweethearts is officially the 15th game developed for Microgaming by Just For The Win. The slot is bound to become one of the team’s most popular releases to date. There are winning opportunities aplenty, complemented perfectly by some crazy opportunities to win up to 2,500x the player’s current bet.

Tweethearts is now available exclusively at Microgaming-licensed operators on desktop and mobile.

Fall in love with ONLINE slots! Spin the reels for HUGE wins NOW.