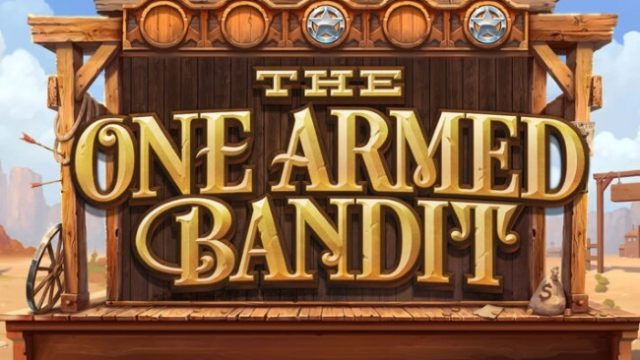 Yggdrasil has just released its brand new The One Armed Bandit slot, and if you’re expecting cascading lemons and lucky 7’s then maybe move along swiftly instead. The rumblings and tumblings of the Wild West is what the award-winning software developer’s new slot is all about. It’s a little bit of gun swinging and a whole lot of blue sky on the road to capturing the bounty. The road is laced with multipliers, free spins and bonus payouts. Miss it and miss out, so to speak.

The top Jackpot awards 3,200 credits and there’s a whole lot of smaller bonus rewards to be claimed on the way. The slot is jam-packed with special bonus features and winning isn’t a rare occurrence by any measure.

The World And Beyond

With everything that the developer has been getting up to in terms of partnerships and expansion deals, it’s a surprise that there remained any development time on the clock. But then again, Yggdrasil’s priorities have always been pretty much perfectly in place. Yggdrasil’s games are now officially available to Spanish players via Casino Barcelona’s online platform, Casinobarcelona.es. Already a superbly popular platform in its own right, combining forces with Yggdrasil is bound to be the bomb in terms of quality entertainment offerings.

In addition to regulated market expansion, the developer has also been reaping the rewards of its valiant efforts with the YGS Masters program. Players all over the world are hungry for entertainment that is fresh and engaging and much of what is currently being done in the world of development has been done over and over again in the past. Yggdrasil has said that it hopes to change all of that by involving smaller, free-style developers; developers that would otherwise never have received any airtime whatsoever, but who are every bit as masterful at the art of creating top slots and games as any of the big-gun software giants.

Do the names AvatarUX, Rabcat, Fantasma, Northern Lights, 4ThePlayer and Dreamtech sound in any way familiar? Then thank Yggdrasil Gaming. The software giant recently released the very first game developed under the umbrella brand of the YGS Masters program.

Niagara Falls slot was developed by Northern Lights and is already a big hit among Yggdrasil fans all over the world. And if first impressions are anything to go by, The One Armed Bandit will soon follow suit.

Get YOUR hands on big wins! Play the BEST slots online and strike it rich.