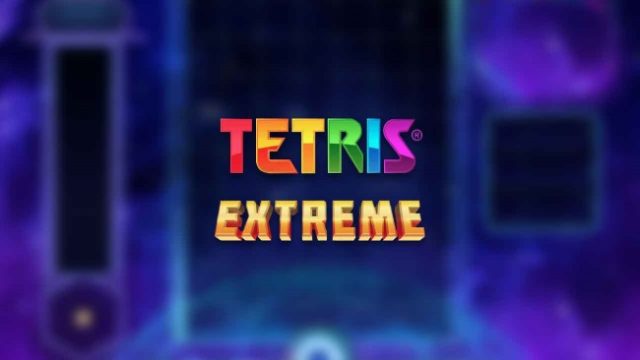 Scientific Games’ latest slots release, TETRIS EXTREME, is a new twist on the beloved, classic video game. Those who played it on their Gameboys in days gone by will appreciate the nostalgia factor, while the action is fast paced enough to keep newcomers happy too.

Over the past few years technology has developed at breakneck speed, and has produced an interesting demand for items, gadgets and games of days gone by. Individuals wanting to go back to a simpler time, if only for a few moments, have welcomed the re-release of the Tamagotchi, the Nokia 3310, and other iconic devices.

In this environment, it’s no wonder Scientific Games saw a place for a Tetris-inspired slot, and is equally unsurprising that the game has proven so popular since its launch. In 2015 the company acquired the right to develop a licensed Tetris-based slot, and land-based Tetris Super Jackpots consoles were rolled out in December 2016. Now TETRIS EXTREME is available to be enjoyed at online casinos powered by Scientific Games, all around the world.

The design of TETRIS EXTREME stays true to the original and features many elements of the video game, while adding a healthy dose of high-speed slots action. Insiders predict that, with its crossover appeal, the second-generation title could attract even larger crowds than the first Tetris game.

Special features include Line Clears and Tetriminos special features, clear nods to the past, as well as a Free Falls Bonus round and generous multipliers. The crisp graphics and smooth functionality that have made Scientific Games so renowned will immerse players in TETRIS EXTREME from the get-go.

Scientific Games Senior Vice President of Casino, Dylan Slaney, is clearly proud of the new slot and eagerly pointed out another exciting new feature involving the developer’s Mega Drop Jackpot system that was introduced in 2019.

With Mega Drop Jackpot, Progressive jackpots are linked between several of Scientific Games’ most successful titles. As soon as the prizes are triggered, they’re reset and start climbing again. TETRIS EXTREME joins the Lucky Lanes and Prism Blast slots on the Mega Drop Jackpot system, and other games are expected to follow.

With 3 such impressive slots on the network now, the company is no doubt working hard to ensure that the quality of the fourth Magic Drop Jackpot release is just as high. Even as they’re enjoying the Tetris-based reels, players are looking forward to whatever Scientific Games plans to roll out next.