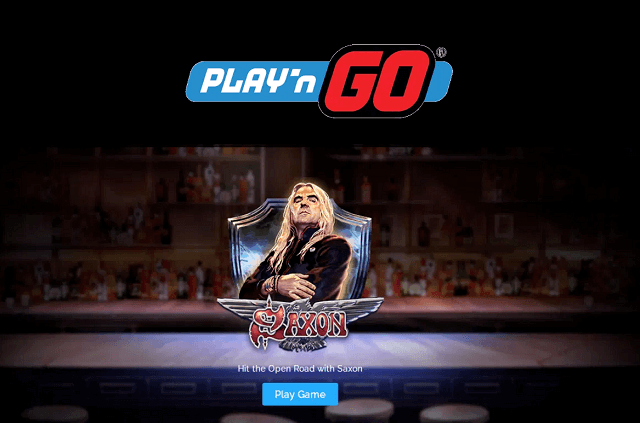 They’re the 1977 English heavy metal band behind a new wave of British heavy metal music. They’ve sold more than 13 million albums the world over, and in the 1980s had an incredible 8 albums make it onto the UK Top 40 list. They’re called Saxon and they’re the metalheads behind top hits such as Strong Arm of the Law and Wheels of Steel.

And they’re now also the inspiration behind a stunning new slot to have recently gone live with none other than award-winning developer Play’n GO.

Featuring 5 reels, 10 fixed paylines and a host of special online slots features such as stacked wilds and multipliers, Play’n GO’s new Saxon slot is bound to make heavy metal fandom waves in the world of iGaming.

On the game’s reels, players will find not only the persona of legendary Saxon vocalist Biff Byford, but also an entire ensemble of creatively crafted themed symbols. These include the emblem of an eagle, a biker’s helmet, Byford’s beloved Harley Davidson motorcycle, a leather jacket, and a suit of playing card symbols. A superb addition too is that of players being able to choose any one of 8 famous Saxon all-time hits for their reel-spinning background accompaniment. Play’n GO’s latest phenomenal creation is absolutely one for the fans.

As far as betting options go, Saxon makes provision for every type of bankroll. Wagers start from as little as $0.10 for a spin, increasing all the way up to a high-rolling max allowable wager of $100. The maximum winnable jackpot is an unbelievable 10,000x the original bet, which really isn’t bad going for a medium-volatility slot featuring an RTP ratio of 94.22%.

Play’n GO didn’t exactly hold back on the special features either. These include stacked symbols filling entire reels at a time. What’s more, escalating multipliers apply to all wins created by stacked reels having spun into motion. Each consecutive winning spin increases the applied multiplier by 1x – with the only exception being in the event that the Saxon Wild logo forms part of the winning result, in which case the multiplier value increase is bumped up to 2x.

A special treat (and one fans of the legendary rock brand will appreciate) is the trigger that activates the Free Spins bonus game. Whenever Biff Byford and his famous Harley appear simultaneously on the reels during any single spin, a total of anything between 5 and 15 free spins will be automatically awarded. The number of free spins awarded is determined at random.

For fans of the band, or those who love the heavier metal side of life, Saxon is sure to be as much of a smash hit on the reels as they are off.

Spin slots reels ONLINE. Play for a JACKPOT whenever you please!