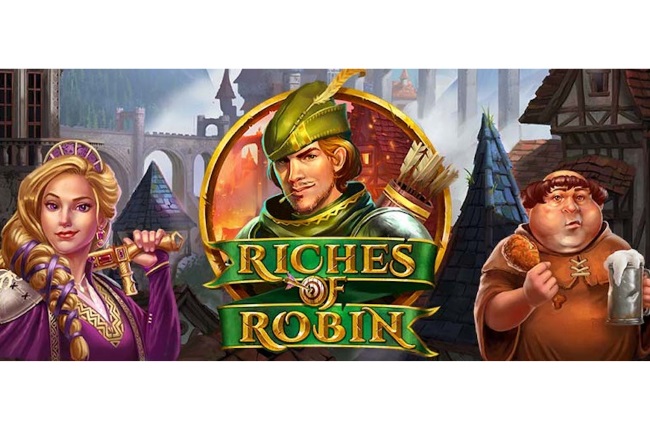 It’s not even been a full month since leading games developer Play’n GO released its superb Dawn of Egypt slot, and already the developer is back again with yet another top title. This time round, its Riches of Robin making online casino news headlines and it’s not at all difficult to understand why the slot is turning heads.

Riches of Robin is a Robin Hood-style adventure slot, and features the entire cast of characters, including Little John, Will Scarlet, Maid Marian, Friar Tuck and of course, Alan-a-Dale. The game features 5 reels and 20 paylines, as well as quite the line-up of bonus features and instalments.

A Quest For Cash

Developer Play’n GO describes Riches of Robin as being a thrilling and entertaining quest for cash. The game certainly remains true to the original storyline and concept, complete with moneybags filled with huge instant cash prizes. The only difference is that players won’t have to steal or make off with anything without permission!

An added bonus in the visual department is that the general feel is particularly artsy. Its immediately obvious that Riches of Robin isn’t merely another slot released for the sake of one more game added to a portfolio. In fact, according to Play’n GO Chief Executive Officer Johan Tornqvist, the entire development team is proud of Riches of Robin.

Players Will Really Enjoy The Game

Tornqvist referred specifically to how Riches of Robin was received by players and said that it was exciting to see how immensely the game was already being enjoyed during its period of exclusive release. Its according to the CEO a pleasure to finally be in a position to release Riches of Robin to the rest of the industry’s players for their enjoyment too.

And what’s more, even regular and seasoned Play’n GO players will find the slot’s features entertaining. This is because the company has ensured that there’s something for everyone. Two brand new concepts have in fact been incorporated and so it’s not at all a case of we’ve seen all of this before.

Instant wins have been incorporated aplenty, and so have individual reel strips. It’s always nice to play a slot both familiar as well as offering something out of the ordinary. And if any developer has managed to master exactly that, then that developer would have to be Play’n GO.

Riches of Robin is bound to become a firm favourite across the board real fast.

Spin to WIN with online slots. See if a JACKPOT will come your way!