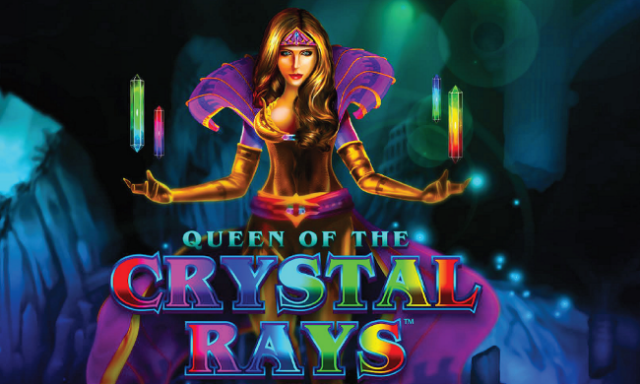 Microgaming’s latest slots release, developed exclusively for the software giant by Crazy Tooth Studios, will appeal especially to lovers of fantasy themes. Queen Of The Crystal Rays is exactly that; fantasy and mystery at its best. Its mystical, its magical and its dazzling; but best of all, it’s the opportunity to win up to 2,500 times the initial bet – no matter how small or how big!

Queen of the Crystal Rays isn’t slow to pay and the 4×6 grid enables the basic mechanics of the game to afford wins more often than the norm thanks to more symbols being present on the reels at any given time. But even better yet, winnings are boosted even further thanks to the Any Adjacent Wins feature. The feature provisions that any symbols appearing in an adjacent order on the reels constitute for a win.

The setting of this slot is one of great mystery, being deep down in the forgotten crevices of an ancient abandoned temple. Abandoned by everyone in the land of the living that is, because the forces of magic remain at work and are more alive than ever before. The game is perfectly complemented by luminous lights, valuable artifacts plated in pure gold, vibrant precious gems and of course a special guest appearance on the reels by the Queen herself.

Special features and symbols abound, and a distinct highlight of the game is the Crystal Ray Feature. Triggered at random, the feature, once activated, makes the reels to expand and grow to double their original size. But that’s not all – the crystal rays aren’t at all stationary; instead, they bounce randomly off the crystal reflectors that can be seen spinning by. The exciting bit is when the rays and symbols screech to a halt. The symbols ultimately morph into wilds and x2 multipliers, making even bigger wins possible.

The slot also features a special bonus feature, namely the Queen Of The Crystal Rays feature. This, as it turns out, is Crazy Tooth’s take on free spins bonus round. 4 free spins are awarded whenever the special feature is activated. Activation occurs whenever three or more of the game’s scatter symbols appear anywhere on the reels.

Queen Of The Crystal Rays is now live and players can tune in on all of the fantasy action at any Microgaming powered online or mobile casinos.

Get those reels SPINING! Big slots WINS could well be coming your way.