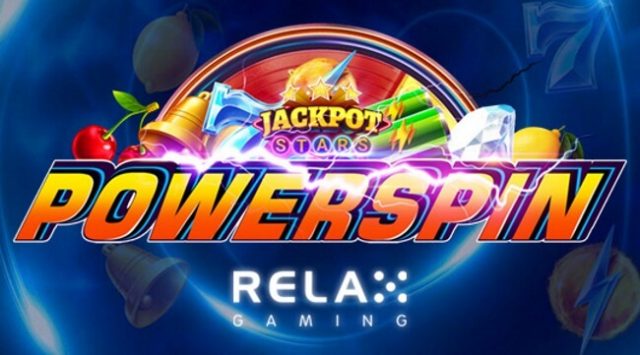 In need of a healthy dose of reel spinning action? Then look no further, because Relax Gaming has just rolled out a new slots adventure and its called Powerspin. Better yet, it’s the latest release in the superb Jackpot Stars series.

Powerspin combines the best of just about everything that has ever been incorporated into the world’s top slots. There’s a special Bonus Wheel feature and even the option to place side bets in order to trigger the ultimate destination goal: the Powerspin Jackpot!

Jackpot Series Is A Smash Hit

Relax Gaming has been dominating casino news headlines and mostly thanks to the gigantic success enjoyed by its Jackpot Stars series. The series brings together a host of jackpot offerings and its been likened to the magic that was the very first Quickspin jackpot slots. Now that’s as close to being classed in the league of legends as anything. The developer has been going all out in an attempt to distribute its games to all four corners of the earth and thanks to its valiant licensing efforts in this regard, more players than ever can freely look forward to total Jackpot Stars slot enjoyment over the course of the next couple of years.

As for Powerspin, its already certified and fully licensed in Denmark, Latvia, Estonia, Sweden, Romania, Malta, Alderney and last but certainly not least, the United Kingdom. Locals had better sign on in a jiffy because true magic waits for no man – or woman for that matter! Its full-on entertainment and its available at your fingertips if you happen to be resident in any of the mentioned countries and regions.

Better yet, Relax has confirmed that by the time the year is out, more licenses are expected to have been granted, with a number of new applications currently in process. Be sure then to watch this space, because Powerspin may very well be available in your country before anyone can say Bonus Wheel!

Hammon said that Powerspin is about so much more than just adding another title to the developer’s Jackpot Stars range of slot games. It’s also about creating better and bigger diversity in the company’s overall portfolio offering, pointed out Hammon, and in many ways highlights the developer’s commitment towards a diverse and entertaining portfolio.

Got the power to win BIG? Spin the reels for a JACKPOT now!