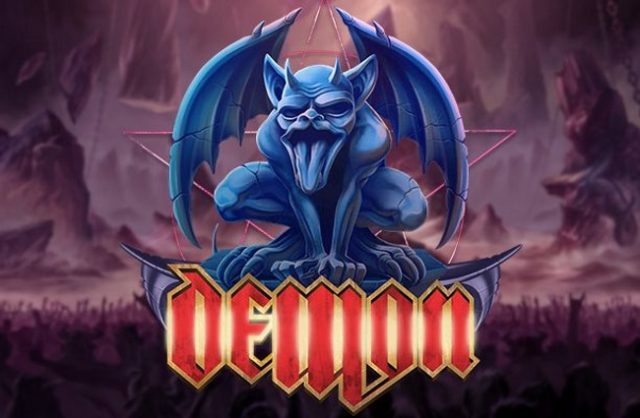 Britain’s 1970s heavy metal music scene would never have reached the dizzying heights of popularity that it ultimately did had it not been for heavy metal band Demon. The band, who happens to still perform to this day, inspired not only the likes of Def Leppard and Iron Maiden, but is also the inspiration behind casino games developer Play’n GO’s new music-themed slot that goes by the name of the band itself.

Demon is of course not Play’n GO’s first music slot. This is the same developer to have been responsible for the 2018 release, House of Doom. Play’n GO certainly appears to have a propensity towards heavy metal music as this is, judging by their chosen theme, a firm favourite music genre.

Demon features five reels and three rows and the game’s reels are populated by every manner of band-inspired symbol imaginable, including 4 of the group’s previously released albums. Demon lead singer Dave Hill also makes a special guest appearance on the game’s reels. In addition to these, a collection of 10 additional symbols featuring LPs released by Demon also feature. Wins are registered whenever 3 or ore more matching symbols appear immediately conjacent to one another on any single payline, and from left to right.

Two Wilds For The Win

The slot features not one but two wild symbols, with the first one being the Demon Mask symbol. This symbol only acts as a wild when landed on the middle reel. The exciting bit its that it puts up quite the show when combined with lead singer Dave Hills’s symbol.

The second wild, namely the Wild Amulet, is a great deal more versatile and lands on reels 1 and 5. Better yet is than when pairing the two Wild Amulet symbols (appearing on the first and last reels) with the Demon Mask Wild on the middle reel, the bonus One Helluva Night free spins game is revved into action. Up to 11 free spins become up for grabs whenever this happy even occurs, and a random multiplier is generally added into the mix for good win measure.

The Depths of Hell Nested free spins round is yet another opportunity to win some big bucks. This time round its additional Wild Amulet symbols landing on the reels whenever an existing free spins game is already in motion, that are making for the some pretty amazing wins.

Demon looks set to be yet another smash hit for fans of the darker side of life, and can be enjoyed on desktop or mobile.