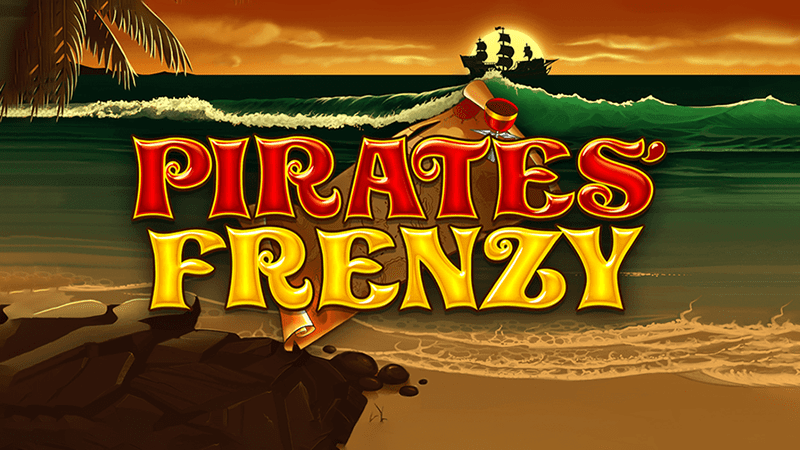 British casino software developer Blueprint Gaming needs no introduction. The Gauselmann Group subsidiary has after all given us some of the best games available on the market today and has just confirmed the release of yet another stunning new slot. Pirates’ Frenzy was announced hot on the heals of Blueprint’s Viz slot re-release and is yet another step in the direction of massive expansion for Blueprint.

According to the official release information published by the developer, Pirates’ Frenzy will offer to players the chance to win up to 50 free spins. The slot has been developed so as to be 100% mobile friendly, which of course means that gaming enthusiasts will be able to spin away at the 5 reels and 10 paylines whenever and wherever they choose.

True to its name, the game evolves around the antics and adventures of a gang of pirates. Players are invited to join in on the sea bound treasure hunt and a “trio of pirate ship” scatter symbols will work the charm as far as a generous helping of free spins go.

But even more exciting than free spins is the fact that according to Blueprint, Pirates’ Frenzy is the first slot ever to feature the developer’s Power Play Bet games mechanic. The mechanic is offered to players as an additional option that may be activated in order to extend the reel set to a set of 6 reels instead of the standard 5. This gives players the additional opportunity of landing six-of-a-kind wins on the reels.

The additional reel by way of the Power Play Bet mechanic is all about increasing the base value whenever a player so chooses, said Blueprint Gaming Marketing and Relationships Director Jo Purvis. More gold and more free spins are to be had in this way and at the player’s leisure. This is just one more way in which Blueprint hopes to up the ante and raise the stakes said Purvis at the time of the official release announcement.

Pirates’ Frenzy was on January 30 released to all operators signed up to Blueprint’s ever-expanding global operator network. And the fact that its fully mobile friendly is bound to make it a leading smash hit among players from all over. The slot is compatible with all major desktop and mobile operating systems.

Let the hunt for the ultimate treasure and gold begin!