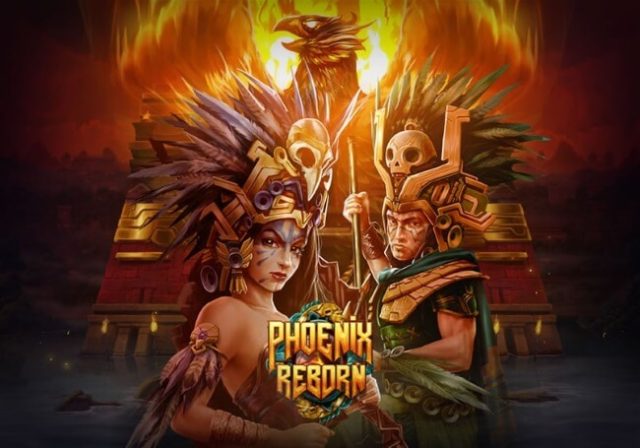 Play’n GO may have had to face its fair share of corporate challenges over the course of the past year or two, but the fact remains, the developer knows how to create top slots. It cannot be faulted on creativity and engaging content, and its newest release, Phoenix Reborn, is just another confirmation of the fact.

Phoenix Reborn whisks players away to the plains of Central America, where they have the opportunity to engage with the true essence of ancient Aztec cultures. The symbols leave no unanswered questions as to the general theme, and include mighty warriors, the iconic Phoenix, furious snakes and magnificent black panthers.

As far as special features go, there doesn’t appear to be anything lacking. Wilds and stacked wilds, scatter symbols and free spins; it’s all there for everyone’s enjoyment. $100 is the maximum bet allowed on the 40 paylines, and 5 reels and 6 rows works a real charm for some magnificent wins.

Play’n GO was recently rapped over the knuckles by none other than rival brand NetEnt for having, according to the latter, brazenly copied a popular slot owned by the gaming giant. Threats of legal action and general disdain rained down on Play’n GO shortly after it launched its Starblast online slot. NetEnt demanded that the developer withdraw Starblast from the public domain due to its close resemblance with the first-mentioned Starburst slot. NetEnt even went as far as to claim that Starblast is a carbon copy of Starburst. Admittedly, the similarities are striking and even the name of the one reminds of that of the other.

Play’n GO might have considered mixing up the colour scheme a bit, as a close resemblance is to be found in that too. Even just by choosing a name not quite so reminiscent of NetEnt’s creation may have gone a long way to avoid the embarrassing issue of intellectual property theft from having reared its ugly head.

No Need For Outside Inspiration

Many have however argued that the same can be said of some other slots. The only difference, it seems, is that NetEnt decided to challenge the similarities; thereby careening the issue into the public domain.

Regardless of what the intention had been on Play’n GO’s side of things, they did end up retracting the game, thereby restoring the peace and goodwill between the two rivals.

And besides, by the looks of it and judging by the new Phoenix Reborn online video slot, Play’n GO has more than enough of its own superb ideas without having to borrow from anyone else.

Exhilarating online slots action is waiting for YOU! Get those reels rolling to WIN.