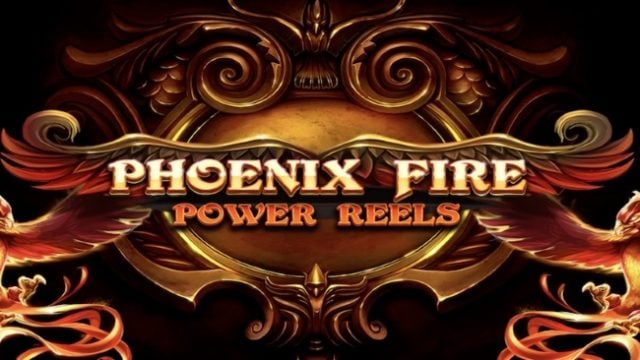 Red Tiger Gaming has just released its new Phoenix Fire slot and it offers to players an exciting new opportunity to enjoy the very best in Power Reels entertainment. Power Reels is a popular series of slots described by players from all over the globe as especially entertaining, not to mention lucrative!

The Power Reels concept is all about spins, more spins, and even more spins, and the entire concept has been implemented in the award-winning developer’s new Phoenix Fire release. The game features a Super Wild symbol, an 8×6 reel grid and the opportunity to multiply any given bet by up to 1,900.

The super-size grid is based on the “pay-anywhere” concept. What this means is that all adjacent matches pay, irrespective of where the symbols fall on the grid. The inclusion of the Extra Spins symbol ramps up the excitement even more and three or more of these work a charm by kicking free spins into action.

The game’s bonus symbol is the Phoenix Wild. This symbol will turn any adjacent winged symbols into wild symbols. And its anyone’s guess as which way the chips will fall because the star of the show may decide to turn every winged symbol on the entire grid wild.  Needless to say, when this happens, massive potential is created for big-time wins.

Players who prefer to spin the reels on their mobile devices need not dismay because according to Red Tiger Gaming, Phoenix Fire is fully compatible with all desktop as well as mobile devices and operating systems. Playing on the move is no problem when you’re a die-hard Red Tiger fanatic. What’s more, the new game supports several world languages.

It’s been an exciting couple of months for the developers at Red Tiger Gaming. Late July saw another great title released by Red Tiger. Mega Pyramid caters to the wants of the millions of Egyptian-theme slot fans all over the world. And Red Tiger, true to its habit of being in tune with the very pulse of its global player-base, decided to keep it simple and classic.

The game features classic Egyptian symbols and presents players with a 5×4 grid and the opportunity to bag mega cash and up to 5,000x their original bet!

Spin the reels of the most REWARDING slots online. Play TODAY!