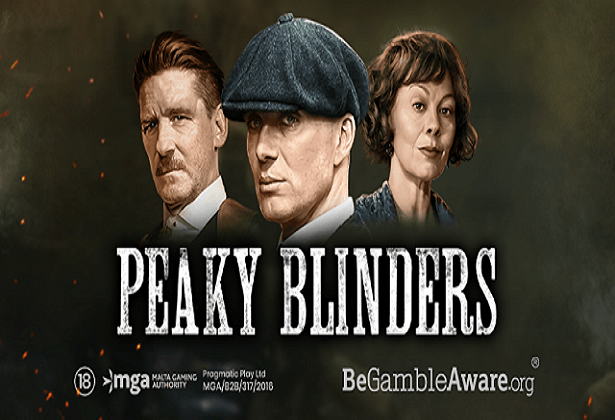 Featuring the personas of Tommy, Arthur, and Polly Shelby, as well as Polly’s son Michael, Pragmatic Play’s rendition of the famous television mob-family is supremely spot-on. Each of the themed characters carry a different reward for landing 3 or more matching symbols on a payline. The themed Peaky Blinders characters are joined on the reels by a lower-paying suite of playing cards ranging from a 10 to an Ace.

Pragmatic Play’s Peaky Blinders features 20 fixed paylines positioned on a 5x3 set of rows and reels, and presents the player with a 2,022x maximum winnable payout.

It’s important to remember that even though the slot was clearly designed with fans of the popular British television series in mind, being familiar with the fictional storyline isn’t a prerequisite to enjoying the game. Creatively crafted and capable of awarding massive wins in return for a wide range of betting options, this is an online slot that will appeal to most enthusiasts – regardless of whether familiar with the television production, or not.

But with that having been said, fans of the smash-hit television series, which is currently available on Netflix courtesy of the BBC, will be delighted to discover the true-to-form way in which their favourite Peaky Blinders characters have been recreated on the slot’s reels. It’s obvious right off the bat that Pragmatic Play has spent a great deal of time and effort recreating the theme, characters, and even the background setting, so as to perfectly reflect the essence of the TV series.

Overall a superb online slots experience, Pragmatic Play’s Peaky Blinders is bound to resonate with a wide range of players and bankrolls.

Are YOU a winner? Play top ONLINE SLOTS today.