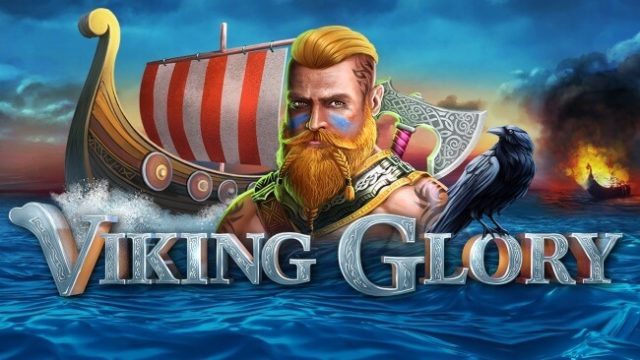 Not only is Pariplay’s new Viking Glory online slot the second game released in a single month, but this late August release also boasts more special bonus features than any other slot released by the Gibraltar gaming tech company.

The Norse adventure-themed slot features 30 paylines and 5 reels and whisks players away to a time of maritime adventure in 8th Century Scandinavia. It was a time when hit and run raids were pretty much how things were done and riches accumulated. The game endeavours to recreate the lifestyle and the adventure that had very much been part of everyday life for the feisty Vikings.

What is immediately noticeable about Viking Glory is the fact that the slot was, by its very design, intended to impress. The host of special features includes a Scatter jackpot capable of activating 5 progressive jackpots, the recently released Power Pay feature and an impressive collection of Extra Spins features.

The special bonus features are perfectly complimented by the overall enjoyment factor of the game. The soundtrack is best enjoyed at top volume, pounding away as the wins continue to fall onto the reels. The graphics are equally impressive and the symbols vividly coloured and designed to create a feeling of intricate detail.

The highlight of Viking Glory in terms of special features is without a doubt the Power Pay feature. And even better yet is that the feature has been created in such a way that it presents a variety of different benefits in the way of various branch-features. The four exciting Power Pay features are Power Pay Wild Reel, Power Pay Multiplier, Power Pay Credits and Power Pay Respins. Each of the four options incorporates its own special feature capable of awarding some very big wins.

A truly impressive feature is the Viking Wild Strike Extra Spins feature. The feature is presented in an archer-style mini game and players are invited to have a go at shooting down a collection of shields. Acing a pot shot means instant extra cash in the kitty.

Viking Glory features an impressive 95.97% Return to Player percentage. What with the game being of a medium variance it will certainly appeal to players able to adjust their bankrolls in such a way that they are able to keep at it for an extended period of time. Persistence is the key when playing medium-variance slots, and with Viking Glory the wins are sure to come on desktop or mobile!

Spin the reels of the HOTTEST slots online. Play to WIN now!