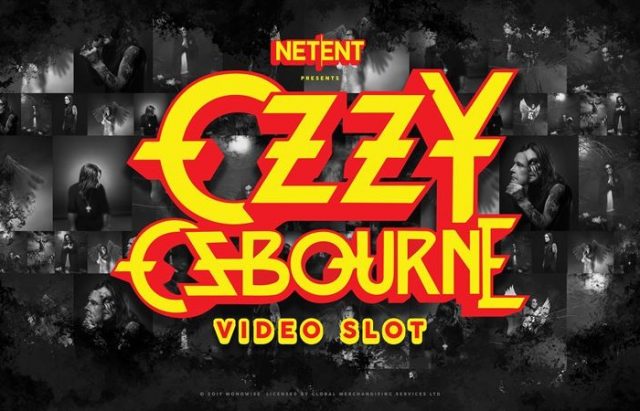 NetEnt has just launched its second Ozzy Osbourne-branded slot and it’s even more impressive than the first in the series. The collaboration with the Black Sabbath lead singer allows the leading online slots developer to include a variety of brand-elements connected to the rocker, including music snippets from Osbourne’s solo career.

The Ozzy Osbourne video slots are part and parcel of an agreement reached between NetEnt and Global Merchandising Services (GMS). GMS owns the rights to Osbourne’s branded content, including the licensing rights and agreements to his music.

NetEnt Director of Games Brian Upton had quite the mouth-full to say about the second slot to be released in the Ozzy Osbourne Video Slots series. Upton quipped tongue-in-cheek about the fact that Osbourne may very well be referred to as the Prince of Darkness resulting from his dark and sometimes dubious days with band Black Sabbath, but that he (Osbourne) has nevertheless had quite the colourful career.

Upton also elaborated some on the gameplay itself and said that he was confident in assumption that fans of Ozzy and Black Sabbath, as well as fans of slot games in general, without necessarily any connections to the band or the artist, will find the new game to be enthralling and exciting to play. Upton also said that the entire team at NetEnt had been ecstatic at having been afforded the opportunity to work with the legendary artist on yet another winning release.

GMS Likes What It Sees

The Ozzy Osbourne series of slots do not mark the leading casino software developer’s first foray into the world of cross-sector branding. NetEnt has inked various other artist- and brand collaborations in an attempt to bring the best gaming entertainment possible to its global player base. Other top branded titles include Narcos, Jimi Hendrix, Vikings, Jumanji and Planet of the Apes; and this is to name but some of the games based on popular culture and brands.

Barry Drinkwater, the man in charge of Ozzy Osbourne’s personal brand management at Global Merchandising Services, is every bit as excited about the new game as what appears to be the case in NetEnt’s corner of the field. Drinkwater spoke a bit about the lead-up to the conclusion of the brand-contract and the days before the initial release and said that ever since the deal was first inked, GMS had been looking forward to seeing what the end-result would be.

“And”, said Drinkwater, “we’re delighted with the result”.